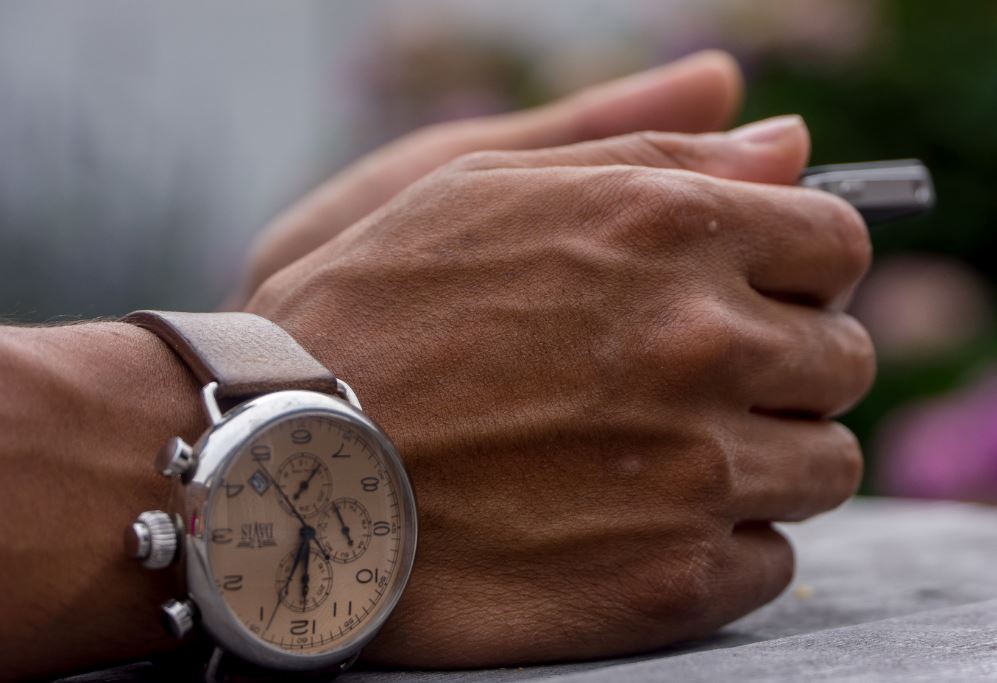 Wall Street professionals can be a bit snobby, and at the very least, they are highly attuned to class and status, whether consciously or not. Even if you’re in the midst of achieving an incredible rags-to-riches story, how you’re perceived matters. And how you're perceived can be helped by a watch.

"Most juniors in banking tend to stay away from higher-end watches, due to both the cost and the perception," says an analyst working in New York at a Canadian investment bank. "My guess would be that 70% or so of juniors wear watches, and they tend to be either smartwatches such as Apple Watches and Fitbits or more mass-produced pieces from brands like Seiko.

"Occasionally you see a junior banker wearing a vintage piece, typically a Rolex, that was passed down from a family member," he says.

Once you get to the VP level and up, luxury watches tend to become more common.

"Rolex is by far the most popular brand, with the DateJust and Submariner appearing most frequently," the IB analyst says. "Rolex's stainless-steel GMT models are also quite popular, and occasionally you will see a Rolex Daytona, but these are definitely rarer than other Rolex models.

"Outside of Rolex, other brands that are popular among senior bankers include Panerai, IWC, Omega and Tag Heuer," he adds. "Bankers who are extremely senior and have a passion for watches may sometimes wear Patek Philippe, Audemars Piguet, Jaeger-LeCoultre, Vacheron Constantine and A. Lange & Söhne.

"These are by far the rarest choices, largely because of the astronomical cost, as well as the relative obscurity of some of these brands for those who aren't watch-aficionados."

Here's a rundown of suggestions for which watches bankers should buy at various rungs of the ladder on Wall Street, and how much they will cost you.

Watches for the summer analyst/intern

An Apple Watch is the default accessory for many banking interns. Others mentioned the Casio G-Shock (ranging between $40 and $190), but those don’t garner respect from old-school senior bankers. Alternatively, if you want a watch that doesn't cost the earth but will garner quiet respect, you could try the Seiko SKX007.

Some bank interns rave about $400 Daniel Wellington watches,  while another says he’s gotten compliments on his rose-gold Hamilton Jazzmaster Viewmatic Auto ($1k). Others suggest dive watches from Squale for something a bit different.

However, you may need to spend more than that to stand out from the crowd. Step up your game with an Omega Seamaster ($4k) or a stainless-steel Rolex Oyster DateJust ($6k).

Watches for the full-time analyst

One IB analyst, who says he doesn’t get caught up in the office fashion competition, notes that watches with "leather straps" are increasingly common and that he's spotted peers in an Autodromo Chronograph (from $700 to 1,800) watch and another wearing a Breitling Avenger ($5,835). Plenty of analysts wear a Fitbit or another activity tracker, especially as dress codes get more casual (relatively speaking – he still wears a suit and tie every day but can sometimes take off his jacket and roll up his shirtsleeves in the summer).

The most watch-conscious analysts go for the Rolex Submariner ($7,200), which is popular among second- and third-year analysts but also impressive enough to last you at least a promotion or two.

Watches for the associate

One cocky IB associate says he likes his Tag Heuer Grand Carrera ($4,600), which BlackRock CEO Larry Fink also wears, but it’s not a slam-dunk choice for a junior banker.

A Rolex Seadweller ($13,700) and a Blancpain Aqua Lung ($13k) are both safer – albeit significantly more expensive – bets.

Watches for the vice president

The Rolex Daytona ($12,500), which Morgan Stanley CEO James Gorman and UBS CEO Sergio Ermotti both wear, is incredibly popular among investment bankers, especially VPs – or you can go with a Vacheron Constantin Overseas ($19k) or a Panerai Luminor (ranging from $7k to $28,300).

Watches for the director/executive director

An IB ED said he went for a Glashutte Senator Skeleton Dial ($46,500), but he doesn’t wear it every day. He still has a Submariner that holds sentimental value for him.

At this point in your career, the pressure to put yourself on the path to make MD is intense, so consider splurging on a Breguet Classique ($48k) or a Jaeger-LeCoultre Master Tourbillon ($39,500).

Watches for the managing director

A Wall Street managing director said that his favorite luxury watch brand is A. Lange & Söhne.

As an MD, you can’t go wrong with a Patek Philippe such as the Nautilus Chronograph ($50k) or, if you want to walk the line between ostentatious and classy, the coveted white-gold Perpetual Calendar ($93k).

Watches for the partner

If you reach this level, you won’t need to impress anyone. For example, Goldman Sachs' current CEO David Solomon often sports a Shinola Runwell Chronograph (ranging from $750 to $1,500). Ex-CEO Lloyd Blankfein wears a Swatch (from $50 to $245) and ex-ex-CEO Hank Paulson has a Nike sport swatch ($85). Some big-wig bankers – including J.P. Morgan chairman/CEO Jamie Dimon – don’t wear a watch at all.