For U.S. financial professionals, home is where the heart is. Or so our research suggests. The latest iteration of our Ideal Employer survey says there isn’t one specific dream sector in which U.S. respondents want to work. Our rankings are headlined by a variety of big-name banks, asset management firms and even two tech companies. But nearly all top-ranked firms have one thing in common: they’re based in the U.S.

We asked roughly 1,300 U.S. finance professionals where they’d ideally like to work and why. Ten of the top 11 firms are U.S.-based, with UBS representing the only European or Asian firm on the list. The Swiss bank rounded out the field, finishing tied 10th.

When looking at the current landscape in banking in particular, the results hold true to form. U.S. firms don’t face near as much consternation over pay as their European counterparts, they don’t have to fret over Brexit concerns at the level of U.K. banks and they find themselves in a cozy political climate that favors a lower tax rate and the potential for deregulation. As a result, U.S.-based banks have, on the whole, fared better than overseas rivals come reporting time.

The cream rises yet again

One other prevailing takeaway is that Goldman Sachs and J.P. Morgan haven’t lost a step when it comes to their reputation within the industry. Goldman Sachs remained the employer of choice in the U.S. for the third consecutive year, going back to our first survey in 2016. J.P. Morgan has now finished second for three straight years, though it beat out Goldman for the top spot in our global rankings in 2017 before relinquishing the title this year.

The overall interest people have in joining Goldman Sachs explains its top rank, though most candidates still find trouble getting through the door. Depending on the year, Goldman will receive north of 300k applications. The bank hires only around 3% of those who submit their CV.

The main reason bankers fawn over Goldman is compensation. They perceive the bank to be the top payer on Wall Street. Respondents also ranked Goldman as the top industry leader on the list, pointing specifically to their strong training and development programs as well as their overall financial performance. J.P. Morgan rated highly in the same areas but couldn’t quite overtake Goldman.

Unsurprisingly, Goldman Sachs and J.P Morgan both ranked highly in “executive leadership,” with 74% and 70% of respondents, respectively, calling it a strength. The two banks have had a greater level of stability at the top ranks than any other firm on Wall Street; each of their chief executives navigated the financial crisis and remain in place today. No other big bank can say the same.

However, it will be interesting to see where both firms rank in 2019 as Goldman CEO Lloyd Blankfein reportedly plans to retire at the end of the year, though a succession plan is in place. Meanwhile, J.P. Morgan’s Jamie Dimon has said he wants to stick around for another five years.

In 2015, Blankfein referred to Goldman Sachs as a tech company, raising a few eyebrows. Three years later, Goldman and other banks are indeed competing directly with conventional technology companies, at least when it comes to hiring. Big banks are recruiting against the likes of Google and Amazon for top tech talent and appear to lose as many battles as they win.

As one might imagine, the two tech giants outpaced financial firms in the quality of life categories, including company perks, more manageable hours and flexible working options. Google lapped the field when it comes to its luxurious office environment. Banks have made efforts to cut back on hours and offer more flexible work opportunities but can only go so far. They have yet to close the distance on tech companies when it comes to work-life balance, according to our survey. Amazon made the biggest jump of any company, moving from 11th on the list in 2017 to 6th this year.

Private equity is one of the most glorified areas in all of financial services, and Blackstone stands as one of the largest PE firms in the world. Blackstone has comfortably made the top 10 each year the survey has been conducted. One private equity recruiting firm recently told us that it receives roughly 2.5k resumes a month while helping to facilitate just 250 hires during a year. People want in.

Recently setting a record for assets under management at $450b, Blackstone appears as ideal an employer as there is in private equity. The PE firm ranked near the top of the list when it comes to compensation, innovation within its industry and the exposure it provides to key players on Wall Street. 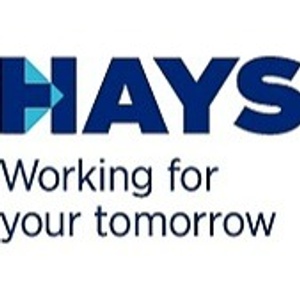