A warning to bankers about life in Paris 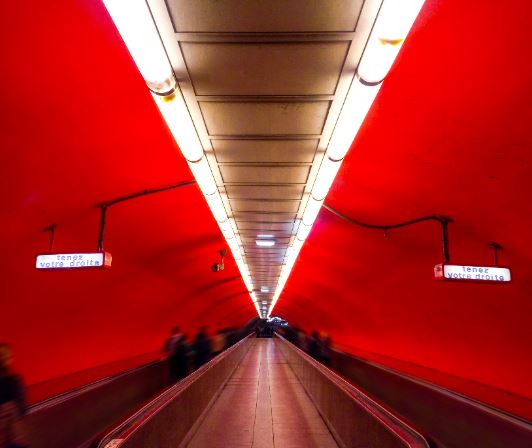 I'm a banker who works for a leading French bank in Paris. I've have been here for over a decade and I feel it is my duty to warn London bankers who think Paris is a dream world of chansons and baguettes that life here is not like that. Personally, I would do almost anything to get out.

When bankers talk about Paris, they complain about taxes. I'm a banker in Paris, but taxes are only one of my many problems here.

France has done a wonderful job of marketing itself. Paris lives off the nostalgic glow of what it was like in the past, but today's Paris is a place of serious social strife with terrible transport links and dreadful pay. There is a lack of social stability which is encouraging educated people to get out. It's not just me. - Survey of professionals in Paris have found that 84% of people want to leave.

In the past 18 months, I myself have been subject to aggression three times in Paris, on one occasion at 6pm at night in the centre of town. Being a banker in this city is far more dangerous than it used to be because French banks have moved their offices to campuses on the periphery - in areas people used to avoid. BNP Paribas, for example, now has a campus on Boulevard Macdonald in the 18th arrondissement and another in Pantin in the North Eastern suburbs. Credit Agricole has a new(ish) head office in Montrouge in the fifteenth arrondissement. These places used to be no-go zones. BNP's site is next to a huge car wrecking yard. People just don't like working in these places - they don't feel safe and get their phones stolen on the way in and out of the office.

Of course, it will probably be better if you end up working for - say - Bank of America in its new office in the 8th arrondissement, which is very central. But even this can cause problems - there are moves afoot to ensure "mixité" in schools, which means that even if you live in the 8th arrondissement, your children may need to be schooled elsewhere because the local mayor wants to ensure fairness. Unless, of course, you have your children educated privately.

Personally, I live around 7km south of Notre Dame. That's not far out. However, it still takes me over an hour every day to get to work. Public transport here is very slow and often delayed.

Life in Paris is also expensive. Housing here is not cheap. And the pay here is terrible. When I came to Paris (for personal reasons) I took a 30% pay cut. Over a decade later, I am still earning less than I earned overseas before I came to France.  I would find a new job, but it's not easy. - This is not an Anglo Saxon country; the labour market here is almost completely immobile.

There's also the work culture, and then the public culture. When you work in France, you need to be prepared for an environment that's autocratic, hierarchical and sclerotic. Promotions are done on the basis of "copinage" - you need friends. Preferably you also need to have been to a grande ecole or to HEC and then you'll be promoted irrespective of your performance. In public life, the bureaucracy is slow and overwhelming. - For example, I need a new medical certificate; I've asked for one three times and have been send the wrong documentation three times. It's as if the French public sector makes a habit of doing as little work as possible. When you're on the receiving end, it sucks up a lot of your free time.

Of course, there are some upsides. Paris is a city of culture. But as a non-French banker who's been here for over a decade, I also see the serious downsides. Yes, Macron is trying to change things but this is a country that has deep problems which have not been tackled for many years and Macron's support is already falling. So, if you're asked to go to Paris, move with your eyes open. Or, preferably, I would say don't move at all - once you're in France, it's almost impossible to get out. Resist! Resist before it's too late!

Ivanna Bélanger is the pseudonym of a senior employee at a French bank in Paris.