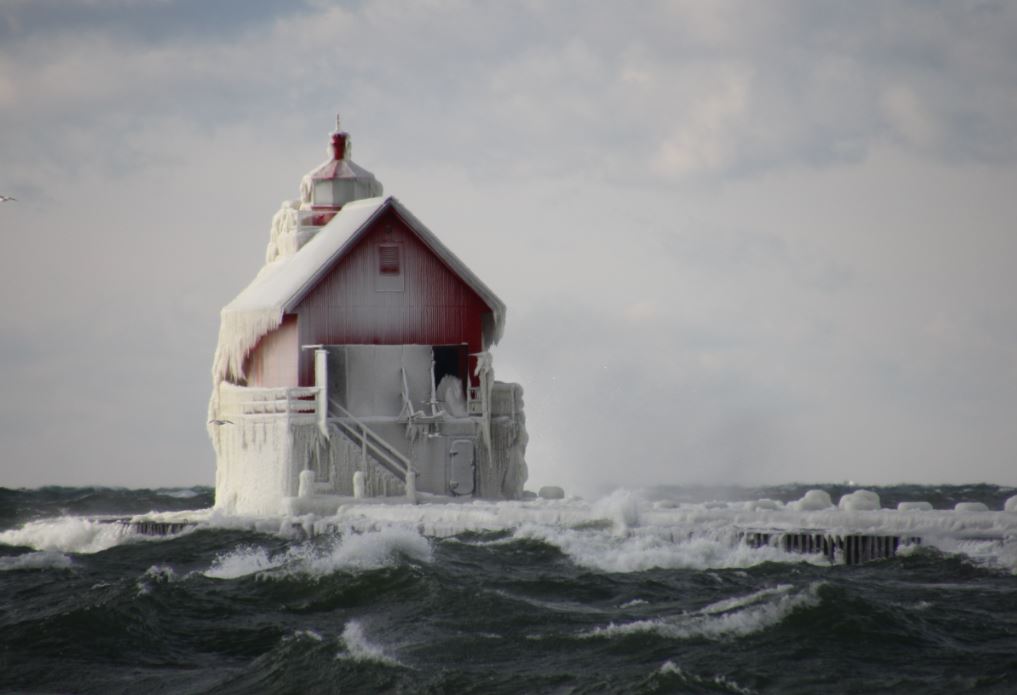 The coldest places in finance

Now that U.S. investment banks have reported their results for the fourth quarter and full year of 2019, we have a better idea what to expect when European banks report in the days and weeks to come. Accordingly, Deutsche Bank's European banking analysts have issued an updated 'Capital Markets Pulse' with their verdict on rival European banks and the best and worst places to sit in all banks right now.

In light of U.S. banks' fourth quarters, Deutsche's analysts suggest SocGen might be a bad place to be when it reports on February 6th.  This is because the French bank is highly exposed to equity derivatives trading, a business where most U.S. banks struggled in Q4.

By comparison, Deutsche Bank's analysts are feeling pretty bullish about Barclays (which they were already partial to) by virtue of its comparatively high exposure to high growth macro trading revenues. Credit Suisse is also expected to do well thanks to its strong credit business. And BNP Paribas should thrive in macro trading, despite struggling in equity derivatives.

Business-by-business, Deutsche's verdict on the current climate compared to last year is shown in the 'pulse' chart below. This suggests that the five worst seats in banks right now, starting with the worst, are to be found in: M&A, U.S. equities, syndicated lending, European rates derivatives and Asian equities. By comparison, the best jobs now are in debt capital markets (DCM), particularly high yield DCM, and equity capital markets (ECM).

As a rule of thumb, you want to be working in the first group rather than the second. Curiously, however, after disparaging SocGen and BNP for their equity derivatives exposure, the pulse suggests European equity derivatives are also looking up. 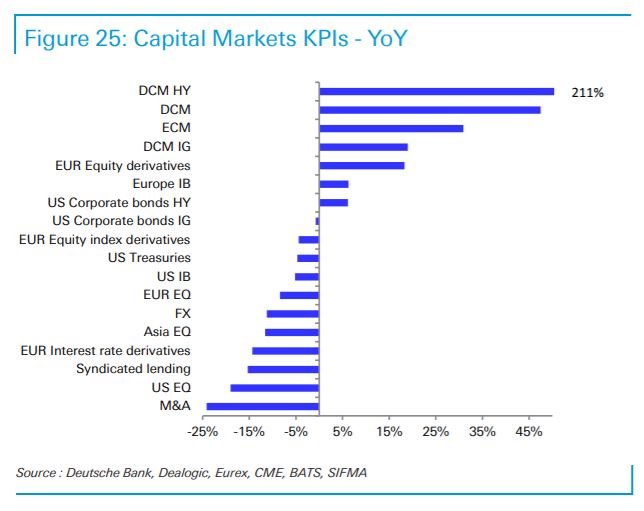 Photo by James Peacock on Unsplash