Morning Coffee: Some very good news about Deutsche Bank bonuses. HK bankers with nothing to do 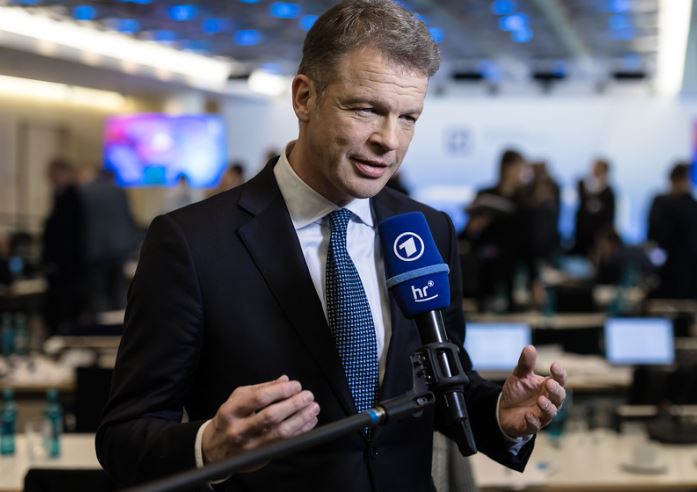 At last, after all the sorrowful stories about bonuses at Deutsche Bank, something good is happening there: some people at DB are getting a pay rise and any previous years' bonuses paid in deferred stock are benefitting from Deutsche's sudden popularity with investors.

The pay rise is not going to Deutsche's bankers and traders, who can still anticipate bonus cuts of between 20% and 30% after a not especially great year in 2019. The recipients of Deutsche's largesse will instead be at the DWS Group, the publicly listed asset management company in which Deutsche has a 79% stake. Bloomberg says bonuses will rise by up to 10% after profits and assets under management increased last year. Some small celebrations might be in order, although DWS staff may actually have been expecting a bit more given that profits in their area of the business rose 27% year-on-year in 2019.

There is some good news for Deutsche's bankers and traders too. Even if they get their bonuses for 2019 reduced when they're announced in March, they can draw some solace from the fact that any previous year's bonuses paid in Deutsche Bank stock are now quite worth a lot more than before. Deutsche Bank shares are up 40% since CEO Christian Sewing made a presentation to investors in December and are up 30% so far this year, making it the second best performer in Germany's Stoxx 600 index. Yesterday, Deutsche received a vote of confidence from Capital Group, a highly-regarded Los Angeles based fundamental investor, which purchased a 3% stake in the bank. "The best kind of investor one can wish for,” another big Deutsche shareholder told the Financial Times. “They don’t have to own the stock, they want to own it.”

This matters, and not just for Deutsche morale. In March last year, €257m of bonuses in the investment bank were paid in shares deferred over three years. Those shares are now worth considerably more than before, although at €9.4, they're still a long way from the €23 level at which John Cryan's 2017 retention bonuses become a thing.

Separately, it's turning out to be a quiet start to the year for debt capital markets bankers in Hong Kong. Bloomberg notes that after a very busy early January with $41bn in issuance, deals fell to zero during the Chinese New Year and have barely picked up again.  With no work to do and fearful of the coronavirus, Hong Kong's DCM bankers are hanging out at home with their families, meeting friends and drinking coffees. "We try to minimize the contact, but we can do conference calls and video conferencing,” said one, who had a couple of bond deals due this week, which now seem likely to be delayed.

HSBC is giving Hong Kong employees on the “front-line” and in “critical operations” five extra days of leave until next year. (Bloomberg)

All eyes on HSBC's coming turnaround plan: “This is one of the last shots they have on a generational basis to reorganize.” Cuts are expected Germany and HSBC may even jettison its equities sales and trading operation. (Bloomberg)

Senior Wells Fargo bankers who've now retired are still waiting for their deferred bonuses. Banks must complete documents that are up to 50 pages long for every applicant, showing retirees weren’t involved in any misconduct. (Bloomberg)

JPMorgan shook up its technology team. James Young, who was previously head of digital technology, is now leading technology for the corporate and investment bank’s Asia-Pacific team. (Bloomberg)

UBS planned to double its Chinese headcount to 1,200 by 2022. Actually, it's done that already. (FiNews)

Can you get ill on a plane? 2009 research tracing H1N1 flu transmission on a flight found that 2% of passengers had the disease during the flight and 5% came down with the disease within a week after landing. (WSJ)

The recirculated air on planes goes through filters of the kind used in surgical operating theaters. That supplied air is guaranteed to be 99.97% (or better) free of viruses and other particles. This doesn't mean someone won't cough on you. (Bloomberg)