Everything you need to know about ESG jobs in finance 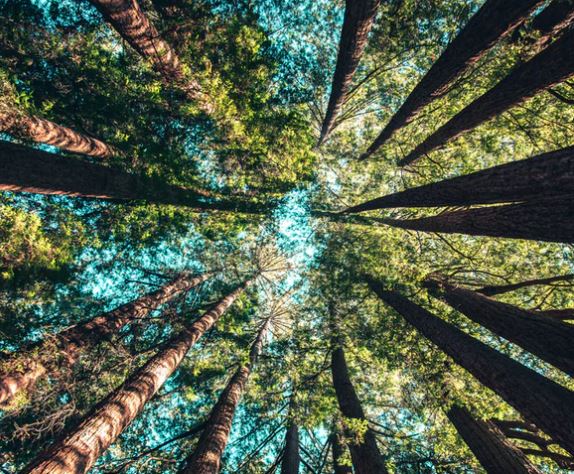 Keeping your job in finance over a 20 or even a 10-year period is rarely easy - just ask anyone who's been let go in a recent round of layoffs. Once in a while, however, comes a wave that you can ride until the end. 'Green banking' - or banking pegged to the environmental aspect of 'environmental, social, and governance' (ESG) issues might just be that thing.

Two recent studies highlight how the field is evolving and how you can position yourself for a job in the area as it expands.

The first, by the University of Cambridge, is based on 100 interviews with people working in the banking industry, including sector coverage bankers, green 'solutions' professionals (eg. people working on green securitisation, green bonds and green project and trade finance) and risk professionals. The second study, released by Deutsche Bank last week, looks at the potential for the green bond market in light of its recent enormous growth.

Green bonds can be hard work, but it's worth it

Although the green bond market has gone from almost nothing in 2013 to around $300bn in annual issuance last year according to Deutsche Bank, the Cambridge academics unearthed complaints from bankers who said green bonds can be much harder work than standard 'dirty' bonds. For this reason, they said it can be hard to get buy-in from colleagues to work on them.

“A green bond takes so much longer," complained one. "You have to write the framework, get second party approval; you might have to do a roadshow. So a green bond could take three weeks, whilst a normal bond could take a few days. And you get the same commission... [As a result], people on the markets side see it as a constraint.”

Finding green bonds a hassle looks myopic. Deutsche's study of the green bond market notes that growth is happening at an annual rate of 49%, which is unparalleled in most areas of finance. Moreover, this is likely to continue. Deutsche notes that while green bonds were historically issued by surpranationals and quasisovereigns, they're now being issued by corporates too. Corporates' arrival in the market has expanded its potential size. - Deutsche notes that there are now 167 index-eligible non-financial and financial issuers with green bonds. Three years ago there were 77; five years ago, 16; ten years ago, there were none at all.

Therefore, you want get into green bonds now - even if they do involve more work, it will pay off.

Get yourself to Europe and then take your expertise to the U.S.

While America exported the high yield bond market to Europe, the flow in terms of green bonds seems to be in the opposite direction. Deutsche Bank notes that Europe alone made up 60% of green bond issuance in 2019, with the U.S. accounting for another 15%, and China generating just 5%. If you begin your green bond career in Europe, you could therefore export it to the U.S.. After all, U.S. high yield bankers did the same - the opposite way around.

Today, banks like HSBC, Morgan Stanley, BNP Paribas, and JPMorgan have people whose roles focus soley on sustainable debt solutions. It probably no coincidence that most of them sit in London.

It's not just about vanilla bonds, Deutsche Bank notes that the green market is moving to a new level as it expands.

One of the most interesting concepts is 'sustainability-linked bonds' or 'sustainable development goal (SDG) linked bonds', which pay a higher coupon if sustainability targets are met. Deutsche's strategists highlight the release of $4bn in SDG bonds by the Italian power generation company Enel last year, which were up to 4 times oversubscribed. These bonds pay an additional 25 basis points if Enel meets its emissions target of 55% of its total power generation coming from renewable power facilities by the end of 2021.

The routes into a career in green bonds aren't necessarily the same as routes into other areas of debt capital markets (DCM). Farnam Bidgoli, the head of DCM bonds EMEA at HSBC began her career in microfinance and in ESG research. Paul O'Connor, an executive director in green bonds at JPMorgan, started out as an environmental consultant in a construction and engineering firm. However, others, like Agnes Gourc at BNP Paribas moved into green bonds after a career in traditional DCM.

Green jobs in banks aren't just about working in green financing. The Cambridge study also looked at the importance of sustainability considerations for client facing professionals - the coverage bankers who bring in business.

“[We are] happy to jump on deals and get short-term revenues, as opposed to identifying which clients are the survivors and winners in a dramatically changed business environment," complained one coverage banker. Another noted that the bank was full of people with analytical skills, but lacking in people with, "the ability to have vision and to recognise that what we are doing today is not necessarily what is going to be happening tomorrow.”

The bankers told the academics that if you want an enduring career in investment banking today, you need to win clients' trust and to address sustainability issues with them. They said bankers need to be a “critical friend," providing the knowledge that will help clients transition to more sustainable business models. Equally, they said that banks need to invest in teams who can provide these sustainable insights because, "in the short term [leading in sustainable finance] is a cost, but in the long term it will buy us trust.”

In other words, if you're a coverage banker today then sustainability needs to be something you're very comfortable talking to clients about - and if you're not, you need to amend that fast.

Lastly, the coverage bankers told the Cambridge academics that it now makes sense to focus on three diferent sectors as long term revenue (and career) plays.

The first are the so-called 'hard to abate' sectors like shipping or cement, where it will be difficult to reduce emissions meaningfully. These have revenue potential because banks can sell structured financial products to help companies in the sector transition to something a bit less carbon-heavy.

The second is agriculture, 'because conventional wisdom about best practice on-the-ground is evolving.'

The third is electric passenger vehicles, which hold the potential to become a huge sector in their own right, including leasing and providing vehicles, plus ancillary services like power and payment models (eg, one single subscription fee for an ‘as-aservice’ model.) If you want a long term schmoozing career in a bank, learning about electric passenger vehicles now could position you well for decades.