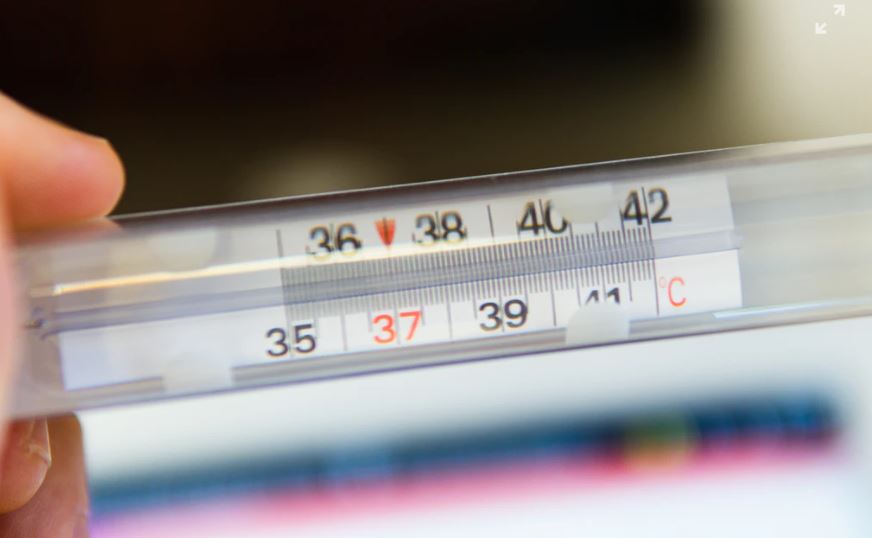 An innocuous physical complaint has suddenly developed the ominous implications of a sneeze during black death. COVID-19 is not the plague, but a tickly cough is now viewed with the sort of foreboding that was unimagineable a few weeks' ago. It could just be an irritation, it could be the start of a mild version of the coronavirus, or it could evolve into something else.

For Ashok Varadhan, Goldman Sachs' co-head of global trading, last Monday morning was therefore a bad time to wake with a cough. The morning that the oil market imploded and markets began sliding over apprehension about corporate debt, the Wall Street Journal reports that one of Goldman's most experienced traders was afflicted by his own apprehension about the virus. Varadhan, who made his name in the 1990s and who traded through the meltdown of Long Term Capital Management, the technology bust, 9/11 (when his brother died) and the 2008 financial crisis, was asked to stay at home by Goldman Sachs' CEO David Solomon because of his complaint.

Varadhan still worked. The WSJ says he 'set up open conference lines' to his downtown Manhattan trading floor to hear the action. His team were already scattered across backup sites in Connecticut and New Jersey. “It’s going to be tough out there,” he reportedly told them, while telling them to keep picking up the phones. “Clients will remember who showed up.”

Varadhan's cough didn't presage the beginning of the virus, but his story stands out as an example of the dislocation of individuals and of their working patterns that's taking place alongside the dislocation in the markets. As once in generational events require traders to be more focused than ever, many are scattered across back-up sites or working from home. In the same piece, the WSJ says Citi's U.S. traders had their own private meltdowns last week when it became apparent they were working from a backup office in Rutherford New Jersey which shared a parking lot with budget hotel chain Extended Stay America and didn't have any nearby places for food. If primeval fear is to be kept off the (back-up) trading floor, it helps to eat.

Ultimately, food trucks arrived in Citi's parking lot and Varadhan - who was still at home Friday - learned to deal with his situation by doing jumping jacks for stress-relief during intermittent breaks as he conferenced into the GS trading floors. He just has a cold, says the WSJ. Finance firms are adapting. 'This too shall pass,' Varadhan told Goldman's traders and members of his team. It will go down in history when it does.

Separately, and in case anyone's forgotten, HSBC still doesn't have a permanent chief executive. Weeks after its attempts to ingratiate itself with Jean Pierre Mustier at Unicredit were rebuffed, HSBC reportedly tried to entice James Forese from Citi to take the CEO role. Forese refused for 'personal reasons' and is now going to be a non-exec director instead. It's not clear how HSBC's existing underpaid 'interim CEO' Noel Quinn feels about all this.

Staff at Apollo Global have recently begun working from home amid fears about coronavirus. (Reuters)

An employee at BlackRock London has the virus. (Financial News)

A Goldman Sachs employee at the European headquarters in London has tested positive for coronavirus, the bank said in a memo to staff. The staff member has not been in the office since March 9 and is in isolation at home, the memo said. The office is being deep cleaned but is still open. Anyone who came into contact with the individual or who has a scratchy throat or runny nose is asked to stay at home. (Bloomberg)

Two people at JPM in New York have the virus. (CNBC)

Bridgewater's Pure Alpha Fund is down 20%. "We’re disappointed because we should have made money rather than lost money in this move the way we did in 2008." (Financial Times)

ETFs have begun trading at steep discounts. This is unusual - typically people will buy shares in the ETF as its price drops and then redeem them with the issuer for the underlying bonds, which can be sold for a profit. No one seems to want the underlying bonds any more. (Bloomberg)

'We haven’t even seen the next phase of falling dominoes — the meltdown of passive and algorithmic investing, the unwinding of exchange traded funds, and the sale of even the highest quality assets by people who are desperate to raise cash in the midst of a liquidity crisis.' (Financial Times)

On the face of it, sales of haven assets imply that some big players must be in trouble. That means they are willing to resort to selling anything they can, particularly if it realizes a profit. Rumors are rife... (Bloomberg)

Global financial companies are down 35% in a month. (Financial Times)

The new most valuable people in the world work for CureVac, a German vaccine company. Trump has reportedly offered them billions to develop a vaccine exclusively for America. (Spiegel)

“Yes, I’m nervous about getting the virus, and I don’t want to give it to other people,” said Nicole Zanetti, 25, who works for Merrill Lynch in Pennington, New Jersey. “But it can’t stop us from going out and drinking and having a good time.” (Bloomberg)