U.S. banks were busy hiring before the coronavirus struck 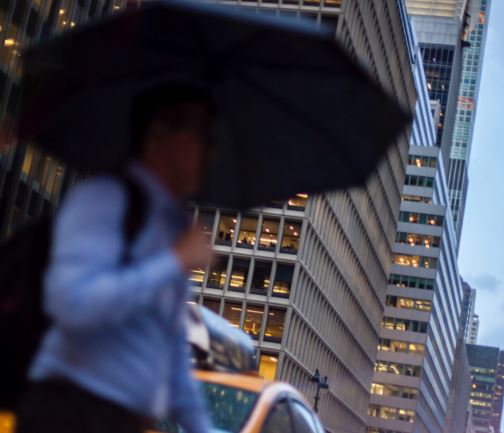 Along with just about everyone else on the planet, banking recruiters and candidates looking for a new banking job have reason to regret the emergence of the coronavirus at the start of 2020. For a moment this year, finance hiring was looking fairly sprightly.

Figures from Thinknum Alternative Data show that global job advertisements for many large banks were up significantly in January and February this year compared to last. Thinknum looks at jobs advertised on banks' own sites. As the chart below shows, Goldman, Citi and Morgan Stanley showed significant increases (with Citi showing very significant increases) in the average number of jobs advertised on their sites each day in the opening months of 2020 compared to the same period of 2019.

By comparison, Thinknum's figures suggest the average number of jobs advertised daily in January and February '20 declined compared to last year at Bank of America and JPMorgan. However, Thinknum doesn't break out hiring by division, so the decline may be due to the two banks' larger retail divisions rather than their smaller investment banking and trading operations.

It's too soon for Thinknum's data to detect a definitive decline in hiring due to the virus, but broadly speaking Jon Marino, Thinkum's finance editor, says it looks like global hiring wasn't impacted much at all, at least until late last week.

One London fixed income headhunter said hiring is still happening after bonuses were paid. Recruits who switched jobs last year are also turning up in new roles and may want to build teams (eg. Luke Parker just arrived at Nomura as head of interest rate swaps and gilts after leaving Morgan Stanley in December).

However, a headhunter in New York - where the first virus case has belatedly been diagnosed in Manhattan - said there's been a sudden cooling of interest in interviewing candidates face to face in the past week. "Banks are asking people who've traveled to countries worst affected by the virus not to come into their offices and to reschedule and do video conferencing instead," he says. However, he says banks will still want to meet new hires in person before signing contracts. "This is going to slow things down," he predicts.

Photo by Anton on Unsplash