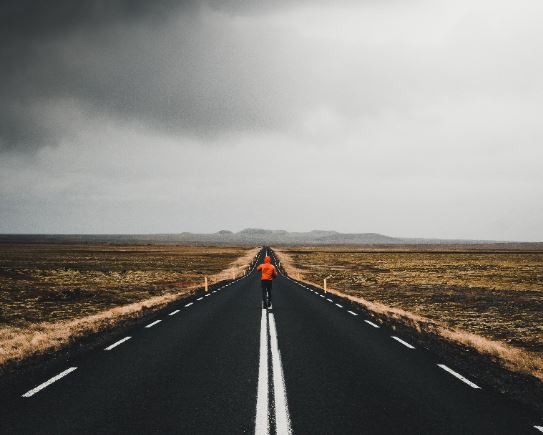 The road looks a bit bleak

It's long been observed that banks are prone to herd behaviour - usually in relation to their propensity to hire hundreds of people at the same time and then fire simultaneously once a whiff of fear hits the collective amygdala. Now, however, herd behaviour in finance seems to be having a more positive effect.

Since HSBC emailed staff yesterday informing them that it would be suspending its planned 35,000 layoffs until the pandemic has passed, six other banks have done something similar: Morgan Stanley, Deutsche Bank, Citigroup, Wells Fargo, Lloyds Banking Group and Bank of America have also offered commitments that as long as the virus ravages people and healthcare systems worldwide, they will not continue with restructuring programs or respond with the kneejerk removal of employees. Now, all that remains is for other European banks, plus Goldman Sachs and JPMorgan to do the same.

The promise is an honourable one - particularly as banks themselves may take a big hit this year. Morgan Stanley is predicting that profits at Goldman Sachs will plummet 40% in 2020, which might explain Goldman's tardiness in issuing its own reassurance on jobs.

However, the devil is in the detail of banks' statements. A commitment not to make redundancies due to the coronavirus is not always equivalent to a commitment to make no redundancies at all. Yesterday, Credit Suisse - which has been laying off bankers in London on reduced severance pay, also guaranteed not to announce layoffs related to the virus - its recent cuts were simply due to other things. Similarly, although Deutsche Bank emailed staff to say that it would 'defer new communications of individual restructuring actions,' to, 'avoid additional emotional distress in the current environment,' it's still planning to complete any layoffs which are already in process, many of which Bloomberg says are 'signed and near finalization.'

These people would seem to be unluckiest. Back in January or February when they were informed of their imminent job losses life was still normal. Now they're being ejected into a very different scenario. While there is still hiring happening, the next few months could be hard and walking into a new job is unlikely. Nor will they be able to avail themselves of government schemes to subsidize the incomes of people put on pause during the crisis. It might be nicer to stop layoffs altogether, but this is probably too much to ask.

Separately, some people who are not likely to be laid off this year are to be found at JPMorgan. We already knew that the bank's equity derivatives business had done well during the virus turmoil, now it seems that it's done even better than previously thought. Bloomberg reports that JPMorgan's equity derivative traders have generated around $1.5bn in revenue so far this year, which is at least twice what they usually earn. Job losses seem highly unlikely in the circumstances, although bonuses commensurate with the improved performance are probably too much to ask.

Deutsche Bank might contemplate putting some of its people onto part time work programs. (Reuters)

Hiring someone on the basis of a video interview is a bit like marrying someone you've met on screen. But it's happening. (Law)

Hedge fund manager Paul Tudor Jones said the virus will, 'throw its best punch over the course of the next few weeks' and then we'll be in a new normal of widespread testing and periodic self-isolation. He says his daughter has the virus. (Bloomberg)

The 'most photographed trader on Wall Street' has the virus. "I am battling it pretty hard never felt so sick in my life...” (Reuters)

UBS CEO Sergio Ermotti says it's a great time to buy credit. "There are not many times in history where credit has been priced so attractively.” (Bloomberg)

Morgan Stanley's wealth management business had a four hour technology outage on Wednesday. It wasn't due to trading volumes or working from home. It was the fault of an external software provider. (Bloomberg)

Photo by Luke Stackpoole on Unsplash