The new most precarious front office jobs at Deutsche Bank 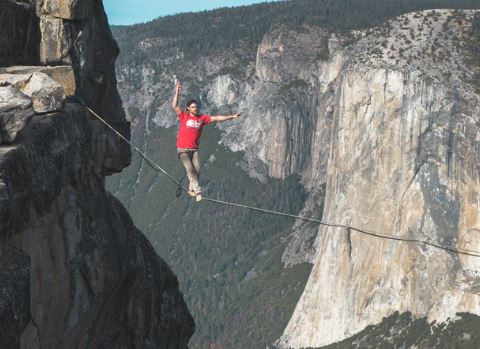 Deutsche's year-on-year revenue growth by business line in the investment bank is shown in the chart below. As of last July, the German bank no longer has an equities sales and trading division: it's now all about fixed income sales and trading, M&A advisory work, and debt capital markets (DCM) and equity capital markets (ECM) origination. Two of these four businesses appear to be consistently misfiring.

As the chart shows, Deutsche's issues in the first quarter of 2020 appeared to be with M&A and ECM, where revenues fell 37% and 12% year-on-year respectively: far more than at most rivals. Deutsche's M&A business looked particularly desultory alongside European rivals like UBS and Barclays - which both saw year-on-year growth.

What went wrong? Try COVID-19: Deutsche Bank blamed "lower market volumes" for its "significantly lower" M&A advisory revenues in the first quarter. However, DB's M&A travails might be more than a passing phenomenon - the advisory business also had "significantly lower" advisory revenues in the fourth quarter of 2019, and Deutsche's M&A revenues fell by 20% last year as a whole - more than at all rivals, except Credit Suisse.

In theory Deutsche has now finished restructuring its front office operations, and M&A bankers there should be safe. But the persistent underperformance of Deutsche's M&A business might give CEO Christian Sewing pause for thought if more layoffs become necessary. Nor do Deutsche's ECM bankers - now operating without an equities sales and trading business to back them up, look entirely secure in the circumstances. It's potentially significant that even in the face of plummeting Q1 revenues in both areas, Deutsche is boasting today of regaining share in 'German and EMEA Origination & Advisory' and of being number one in German M&A again: could the M&A business be cut back to these core markets?

Meanwhile, who were the outperformers at Deutsche's investment bank in the opening months of the year? The quarter appears to have been carried by the macro (rates and FX) trading and emerging markets businesses. Rates trading was restructured late last year with big hires like Josh Hooker from Morgan Stanley and this seems to have paid off, with revenues up "significantly" in Q1. Deutsche says a new partnership with the corporate bank drove 30% growth in rates and FX revenues with corporate clients in the quarter, and points out that it ranked second in electronic U.S. Treasury trading in March.

However, the efforts of the macro business appear to have been partially eclipsed by by big writedowns in Deutsche's huge credit trading business.  Across the bank as a whole, Deutsche made a €260m provision for credit losses in Q1. This may not be the last we hear of credit provisions at DB.

Jobs were also vigorously cut in the first quarter. Despite CEO Christian Sewing's promise to stop making planned layoffs in late March, Deutsche manage to slip in a massive 4,182 layoffs between December 2019 and the end of March 2020, extracting 21% of staff from its investment bank in the process. Only 72 of these cuts were made in the front office. In the circumstances, it looks a little like Sewing's generous jobs reassurance was made after the horse had already bolted.

Short-term costs associated with these cuts meant that they did little to drive Deutsche's big profit increase in the investment bank. This was due more to a €245m cut in administrative expenses aided by a drop in infrastructure costs and a 14% drop in the cost of Deutsche's IT applications as the bank restructures its unwieldy technology platform.

It's worth noting that even with the increased profits, and despite the cushion of increased macro revenues in the quarter, Deutsche's investment bank generated a return on average tangible equity of only 7.7% in the last quarter. This compares to 22.8% at UBS, and is well below Deutsche's cost of capital. Unless something changes, therefore, Deutsche's investment bank looks exposed to further cuts. Unproductive M&A bankers in Asia and the U.S. might be first in line.

Photo by Casey Horner on Unsplash