Morning Coffee: The latest non-finance fast track to the top of Goldman Sachs. And the women who run French banking 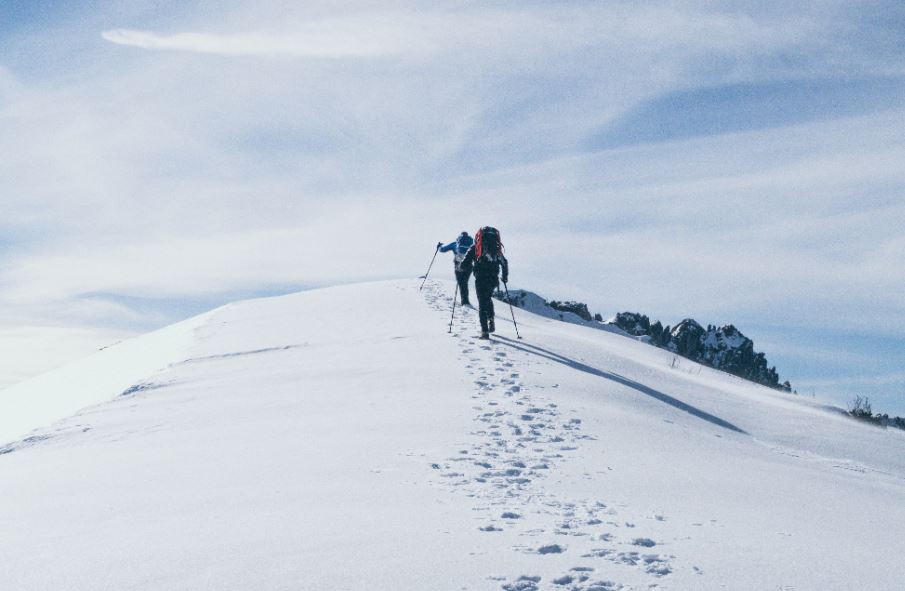 Despite the cautious revenue environment, Goldman Sachs CEO David Solomon has made it clear that the bank will continue to invest in tech.  And as an interview with Marco Argenti, makes clear, this means that they’re continuing to make senior hires, and to look outside banking to make them.  The departure of veterans like Andrew Korn and Ezra Nahum has given Mr Argenti as CIO and Atte Lahiranta as CTO an opportunity to begin to rebuild the whole team in something closer to their own image.

For example, Dylan Casey, a former Olympic cyclist and Googler was hired at the start of February to be the “Chief Product Officer” in the Engineering Division.  As far as we can tell, this is a new role at GS – the only other Chief Product Officer we could find was Michael Cerda, and he was (until the start of April when he left) specifically attached to the Marcus retail banking subsidiary.  And this makes sense; historically Wall Street technology hasn’t been a product, it’s been highly confidential and proprietary.

Goldman Sachs is attempting to change its approach to that, however; as well as Marcus, it wants the Marquee platform to be integrated into its clients’ systems and used as a portfolio management and data analysis tool as well as a way to put orders into Goldman’s trading desk.  And when you’re putting things onto clients’ desktops and servers, you need to think in a somewhat different way from when you’re trying to squeeze microseconds of performance out of your own system, with a captive audience on your own trading floor.

Which means that the employment of a Chief Product Officer is likely to imply a need for a significant number of Product Managers reporting into him.  For all of the customer-facing tech, not only will the major functionality need to be written flexibly so that it works properly when exposed to the infinite variety of client systems, it is also going to need to be designed around an understanding of what the clients actually want.  So we shouldn’t be surprised to see Goldman – and all of the other banks who are still in the platform race – continuing to look outside the financial industry to find people with the product development expertise they need.

Goldman's made other MD-level hires this year – Mika Mannermaa from Verizon and Rahul Sharma from AWS. They also appear to be working in areas like privacy management and access control which are more relevant to customer-facing technology.  Out of the major hires made under Argenti, only “technology fellow” Aruna Kalagnanam looks like a “traditional” banking tech hire – he’s a payments guy who joined from JPM.

Of course, investment banks will always need financial specialists; there are plenty of things that happen in financial institutions but don’t happen anywhere else, or at least not at the same scale and speed.  But it looks as if the growth area, for some firms at least, might be in skills which have less to do with banking per se, and more to do with selling computer systems for a profit.

Elsewhere, over in Paris Maja Torun has moved from Citi to JP Morgan, to be head of investment banking for France.  As connoisseurs of the hierarchies of IBD titles, we can’t help noticing that Ms Torun has left a co-head position for a sole-head one, but is apparently reporting to the “head of banking for France, Belgium and Luxembourg” and the “country officer for France”, which feels like a subtle change but definitely a move upwards in status.  There are (perhaps surprisingly) quite a lot of senior women in French M&A – BNP Paribas’ Sophie Javary and Goldman Sachs’ Anne Bizien are in similar roles with slightly different titles, while Amélie Negrier-Oyarzabal recently left Lazard to head Greenhill Partners’ office.

The labour market for French advisory bankers seems quite lively at the moment, male and female.  As well as Greenhill, Centerview have been poaching from Lazard, while Evercore continues to dance around the question of opening a Paris office – if it can find the right people.  And now JP Morgan has taken a top level rainmaker from Citigoup.  The smart money seems to think that, however Europe comes out of the pandemic, the French corporate sector is going to be a good fee pool.

If you’ve got grown-up kids, sixty phone lines into your house and the self-discipline to wake up at 4:09 and work out on your elliptical trainer, you might find the work-from-home experience to be as positive as Canadian trader John Christofilos (Bloomberg)

A former Barclays and Morgan Stanley technologist set up a side hustle in real estate investment, financed through AirBnB rentals.  Now she’s got a $22,000 monthly financing bill and calls the experience “a deal with the devil”. (WSJ)

Possibly the worst Zoom meeting behaviour so far – a municipal official was interrupted by his cat meowing, so he picked it up, introduced it to his colleagues and then threw it.  An audible thump, a feline howl, a public outcry and now 24 hours later he’s resigned. (New York Times)

An expat in Singapore is paying $7,000 a month to rent the right to use the swimming pool attached to a neighbouring property because his usual place is out of commission due to the lockdown. (Bloomberg)

Roger Jenkins is now no longer under investigation by the British regulators; the investigation had been paused while the criminal trial was going on, and it was felt “unfair” to start it up again after eight years, two juries and no convictions. (Reuters)

Some companies are easier to have a Sell recommendation on than others.  John Hodulik of UBS appears to have mildly disparaged the brand loyalty of Disneyland theme park goers, and their online community are mad at him. (Kingdom Insider)

If you think how crowded the elevators used to be in the morning and at lunchtime, you’ll understand the scale of the logistics problem that banks are trying to deal with in thinking about how to organise the employees in and out of the building when the lockdown ends.  One potentially good piece of news is that cafeterias might move away from buffet trays and toward packaged lunches for pickup. (Bloomberg)