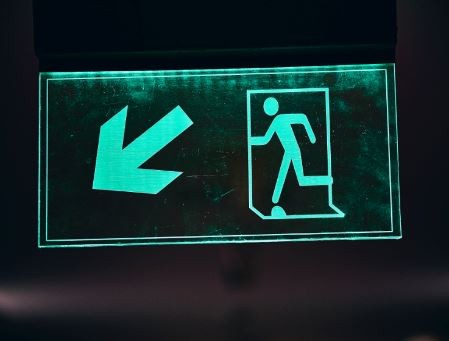 As we've noted before, the virus isn't preventing banks from onboarding senior people who were already in recruitment pipelines before the pandemic struck. Many of them have been arriving in new roles in recent weeks.

One of this cohort is Laszlo Gillemot, a quantitative strategist in Morgan Stanley's fixed income division.  Gillemot, who recently updated his LinkedIn profile, says he arrived at Morgan Stanley in London only last month.

This is interesting because Gillemot looks like something of a catch for a mere investment bank. He spent the past nine and a half years working as a quant at LMR Partners, a relative value hedge fund that until recently had a reputation for almost never losing money.

LMR, which was founded in 2009 by UBS traders Ben Levine and Stefan Renold, employs around 100 people in Hong Kong, London and New York and has assets in excess of $7bn according to its own website. The fund returned around 250% in cumulative gains between its inception and the start of this year, and only posted losses in 19 of 119 months in which it operated. In early March, however, Bloomberg reported that LMR (which reportedly managed c$8bn in AUM at the time) was down around 3% for 2020.

Gillemot appears to have left LMR well before the February and March losses took place. His LinkedIn profile says he exited the fund in November 2019; the intervening months were presumably spent tending the garden before arriving at MS.

Gillemot has written various academic papers, has a PhD in physics from Hungary's Budapest University of Technology and Economics, and is a graduate fellow of the Santa Fe Institute. Morgan Stanley has over 750 people working in a Budapest office, including a mathematical modelling team supporting its fixed income business, so having a Hungarian national in London will presumably help. Revenues in the bank's fixed income trading division increased 29% year-on-year in the third quarter.

While Gillemot left the buy-side well before the pandemic, it's possible that he won't be the only person heading for the comparative security of the sellside this year: Michael Hintze's CQS Directional Opportunities Fund is nursing a double digit percentage decline according to the Financial Times and the Odey European fund reportedly fell 9.5% in April. If banks receive a rush of buy-side applicants they may yet be encouraged to upgrade some of their existing staff.

Photo by Ashwini Chaudhary on Unsplash