Morning Coffee: A sign that COVID-19 will kill banks' junior hiring for 2 years. The man everyone wants to hire 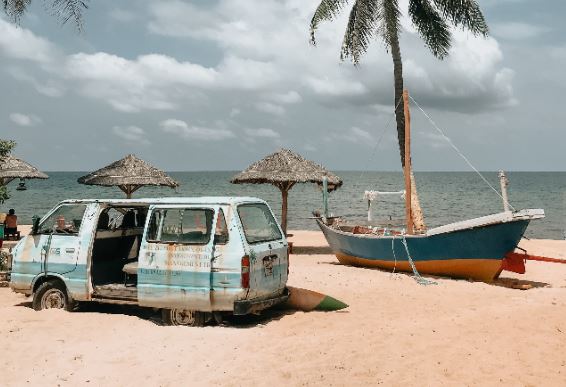 The alternative to pitchbooks

Much as banks like to say that they're fully committed to hiring a pipeline of junior talent, when things get difficult they tend to say one thing and do another. Hence, their recruitment of university graduates was slashed after the dotcom crash of the early 2000s and again after the financial crisis of 2008.

In both cases, there were instances of banks cancelling summer internships or delaying existing hires. For example, after the financial crisis, students who thought they were joining full time in summer 2008 were told to wait and come in summer 2009. Some graduate programmes for 2009 were also filled entirely with interns from summer 2008. If you didn't get an internship, you therefore had no hope, and even if you did get an internship, you had less chance of converting it into a full time job.

It's early days, but there are signs that this might be happening again. Evercore, the M&A focused bank which cut six per cent of staff in January before the pandemic even started, is now paying its graduate hires to stay away for a while.

The Wall Street Journal reports that Evercore is offering college graduates who were due to start full time this summer $15k to go away until January 2021. If they remain away until summer 2021, Evercore will give them $25k.

As money for nothing, this sounds pretty generous...except it also comes with a risk. While in theory you might get to spend the next year hanging out on a beach in Vietnam before turning up at Evercore in 12 months' time, no one knows what will happen during the interim. - Who's to say you won't spend the next year partially locked down at home? Or that the economic situation won't worsen and banks will decide simply not to recruit juniors at all in 2021? Even if you do get to sit on a beach, it won't be entirely stress free.

That Evercore is valiantly trying to shunt this year's entry-level hires into starting in 2021 is also bad news for anyone a) doing an internship there this summer or b) planning on applying full time for next year. If too many students from 2020 accept the offer of $25k to delay until 2021, there will be substantially fewer places for the next cohort. In this way, hiring gets messed-up for a generation of students.

Evercore is an M&A boutique and M&A has been particularly badly hit by the virus, so entry level hiring might be less affected in other business lines (eg. trading). It's also the case that if you do get a graduate banking job during a downturn, you can benefit later on. - The classes of both 2001 and 2008 were greatly diminished and those cohorts remained small throughout their careers. When dealmaking bounced-back, the supply of bankers from those periods was therefore so diminished that anyone who did start out in the downturn was in huge demand and able to command higher pay. Every cloud...

Separately, if you're looking for someone who embodies the most desirable skillset in the world right now, Yoram Singer might be the man. Singer, who is a professor in the department of computer science at Princeton University, was a former principal scientist at Google until last year. He's now joined hedge fund WorldQuant in a newly created role as chief Artificial Intelligence (AI) scientist.

Singer's arrival reflects the ongoing demand for individuals as the cross-section between academia and the real-world application of machine learning techniques. As banks and hedge funds continue to focus on automation and automated alpha generation, a select group of PhDs are unlikely to be among those asked to hold off joining until the economy improves.

Citi wants to ramp up its business lending division in EMEA, and it's hiring. (Reuters)

Citi is forming a new team called strategic advisory solutions. It will have more than 80 bankers and will be led by top activism defense banker Muir Paterson. Data science will be infused with dealmaking advice. (Business Insider)

Virtu Financial might keep people working from home forever. "I’m not going to pay for 80,000 square feet in downtown Manhattan when I don’t have to.” (Reuters)

Viswas Raghavan, CEO of EMEA and global co-head of investment banking at JPMorgan: "There is no disconnect between the real economy and markets. The activity you have seen is driven by planning for difficult scenarios. Companies are raising capital to buttress them for the uncertainty and the slow growth to come.” (Euromoney)

Goldman Sachs settled with William Littleton, who worked in its product strategy group. Littleton said he had been excluded from a call with a Goldman client because “he sounded too gay" and that a supervisor asked, “What’s wrong with you? Do you act this way because you’re gay?” Goldman said had become uninterested in the work and had been the subject of complaints from other employees. (Bloomberg)

HSBC is in a difficult spot. It generated 90% of its pretax profit in Hong Kong last year, but is regulated in England. The bank has sided with China in its decision to impose security legislation on Hong Kong. (WSJ)

If you talk for more than 20 seconds at a time people will tire of you. (HBR)

When you work in banking you end up loving your colleagues. (Fintech Futures)

Photo by Tony Pham on Unsplash