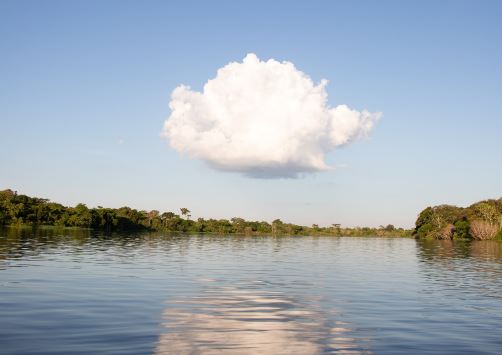 Technologists are increasingly important at Goldman Sachs. In his recent update, Jim Esposito, Goldman's co-head of global markets, said that with each passing year he has a greater appreciation of how important "technologists and engineers" are to Goldman's success. "Technology is not only top of mind, it's one of the most important things I do on a daily basis," said Esposito.

Rob Cochran joined Goldman as an MD in technology from Facebook in New York according to his LinkedIn profile. He was only at Facebook for eight months. Before that, he spent 17 months at CTRL Labs (now part of Facebook), and prior to that he was a senior product manager for Amazon Web Services.

It's not clear what Cochran will be doing at Goldman, but his background suggests he'll be helping the firm develop innovative new products using cloud services. Goldman said last December that it was migrating some of its Marquee platform of content, risk and pricing tools to the Amazon cloud, and that it wants to develop its own APIs which will allow clients to develop their own products using its platform. It's recently added an API for Marcus, its consumer bank, to its developer site.

Cochran's experience with cloud technology and innovation appears to have outweighed his lack of finance knowledge. His history seems to have been largely focused on the internet of things: at Amazon he held the copyright to a catchy country song about turning toasters on and off; at CTRL labs he was part of a team developing a wristband to convert brain signals into computer inputs.

Earlier this year, Goldman began hiring for a 'Sky Team' in its core engineering division to help move its businesses onto the cloud. Last year it hired Marco Argenti from Amazon Web Services as its CIO. Speaking at Goldman's investor day in January, Argenti explained that he wants to help grow Goldman's APIs into businesses of their own. Cochran seems the sort of person who can help him do that.

Photo by Henry Dick on Unsplash