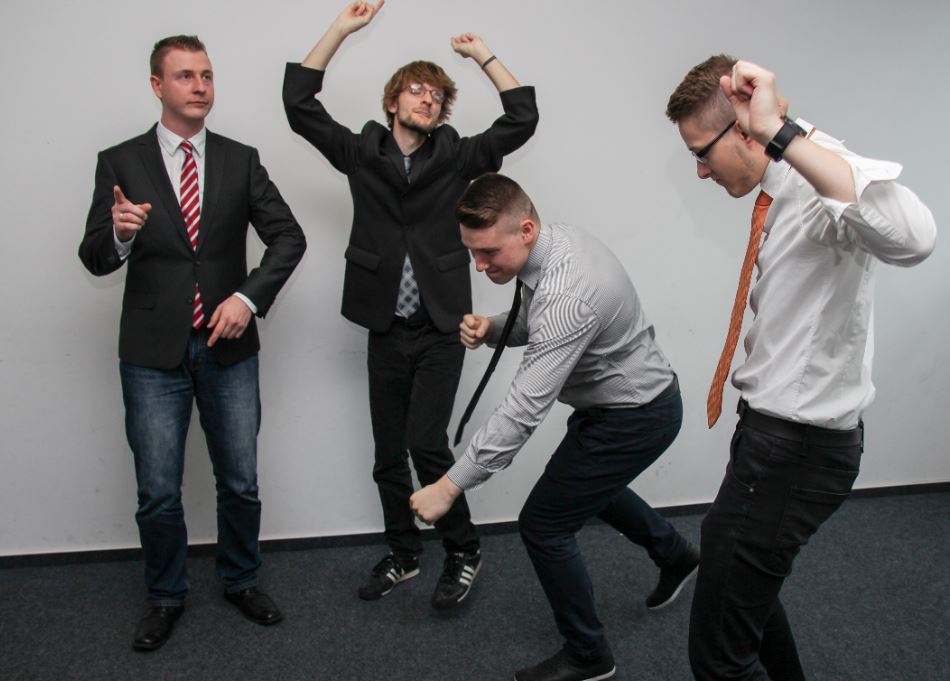 No one in an investment banking job at Deutsche Bank ever needs to be unemployed again.

Global Capital describes Wohlin's creation as 'a global network of Deutsche alumni that collaborates on advisory work.' The virtual boutique, known as 'Kingsrock Capital,' says it works across, 'all major industry sectors based on decades of dealmaking experience and working together.' It can call upon 40 ex-DB bankers in New York, San Francisco, London, Paris, Frankfurt and Singapore, to name but a few.

Wohlin left Deutsche after 13 years in 2014 and clearly knew quite a few people there. Most of his career was spent in London.

If Kingsrock takes off, it's conceivable that other banking alumni could try something similar: after a decades-long career in finance, why not go into semi-retirement waiting to be called by an ex-colleague offering you a short and lucrative mission?

If they get jobs through Kingsrock, the ex-Deutsche bankers are likely to notice a big difference to their time at DB. Last year, Wohlin testified in favour of his former employer at a lawsuit where a Dutch housing company claimed its treasury officer was effectively bribed by Deutsche Bank in the form of a $1,520 meal at a Michelin-starred restaurant. “Humans are social animals, if that requires a bit of bubbly wine so be it,” said Wohlin, who was present at the meal, but not a defendant. “- I don’t think that’s a crime.” Presumably client spending will be less lavish when it comes from alumni's own pockets...

Separately, the New York Times yesterday offered an insight into what it is to be a vice president in BofA's debt capital markets business looking for somewhere to live in Manhattan.

Juliana Merola spent six years living in Manhattan in a one-bedroom in a West 70s walk-up, close to the 72nd Street express subway stop, said the NYT. Aged 34 and after saving for six years at BofA, she wanted to spend $600k to $800k on something on the Upper West Side with a dishwasher, a kitchen and a proper oven for baking banana bread.

The NYT unearthed a selection of apartments, all with one bedroom and all with ovens. Ultimately, Merola chose another West 70s apartment for $665k, only to find that the oven there didn't actually work. She ended up spending $55k remodelling the kitchen and finished it just before COVID struck. “What a relief to have a working kitchen when we were in quarantine,” said Merola, who now works from home every day and makes banana bread and cookies on a regular basis.

The five biggest U.S. investment banks are likely to generate $100 billion in trading revenues this year - the most for a decade. (Bloomberg)

Carlyle's chief executive officer is worried that employees will burn out. "I do worry about burning out, and leaders have to be very good at appreciating the differences between personal boundaries and professional boundaries” People are essentially “living at work.” (Bloomberg)

In the City of London, the number of people visiting bars and cafes in the first week of October was one third its usual level. Elswhere in the country it was 70%. (Financial Times)

63 year-old, Raymond J. McGuire, one of the highest-ranking and longest-serving Black executives on Wall Street, is leaving Citigroup to prepare for a run for the Democratic nomination for mayor. "New York is in a financial crisis that has exploded into a whole bunch of crises — educational, health and criminal justice. If there is a moment in history where my skill set can help lead, this is it.” (New York Times)

There's a shortage of people to work in COVID testing labs. Median pay for clinical lab technologists is $53k. (WSJ)

Young people are getting brain fog as a result of COVID. (The Cut)

Photo by Sebastian Herrmann on Unsplash