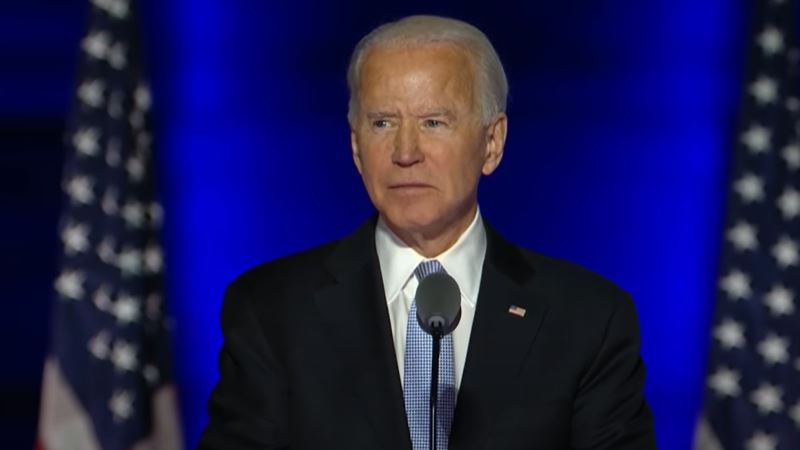 Could Joe Biden be a friend to the financial services industry? If money buys friendship, the answer might be yes: employees in the securities and investment industry donated $74m to the Biden campaign according to data from the nonpartisan Center for Responsive Politics, substantially more than was raised by Donald Trump. However, as Obama's vice president during the financial crisis - "at a time when a reckless, underregulated financial sector tanked the global economy,” in the words of one of his economic advisors, Biden is likely to be more circumspect about supporting big finance than all its big donations might suggest.

With his history as a senator in Delaware, where finance, insurance and real estate accounts for 44% of the economy and the credit card industry looms large, Biden is most comfortable contemplating retail finance. And even then, he's not that comfortable: as a senator a decade ago Biden was much friendlier with union leaders than bankers, said his former senate policy director to the Wall Street Journal; he didn't want to be known as "the senator from MBNA.”

For retail bankers, Biden's intentions are pretty clear: he wants to encourage investment in low income communities and affordable housing, to protect consumers against rapacious lenders and to allow the postal service to offer banking facilities. For Wall Street bankers, much depends on one thing: the Senate, and for the moment, the Biden and the Democrats don't have the Senate on their side, although this could yet change come the run-offs in January.

A Democratic Senate could open the door to 'Warren's army', says Bloomberg, in reference to Senator Elizabeth Warren the 'anti-banking' Democratic senator who wants to impose a 21st Century Glass Steagall Act, to close private equity tax loopholes, introduce restrictions on executive pay, and to impose a 2% tax on personal wealth above $50m. In the worst-case Wall Street scenario, Warren would replace ex-Goldman Sachs banker Steve Mnuchin as Treasury Secretary, but as the Financial Times points out this became unlikely when the Democrats didn't notch up the hoped-for big Senate wins.

For many, a Biden presidency with a Republican Senate is the best of all worlds for banks and by implication for Wall Street banking jobs. Senate Republicans are unlikely to ratify nominations for Democratic "progressives" into key positions at finance regulators, meaning Biden will be forced to nominate more Wall Street-friendly centrists. “Wall Street will love it,” one over-excited 'senior Wall Street banker' told Vanity Fair. “Are you kidding me? A growth agenda without overburdensome regulation or tax reform? C’mon. Are you kidding me? They live for f*cking gridlock.”

In this best of all worlds, then, banks benefit from the ongoing looser regulation of the Trump years, combined with a new stimulus plan, combined with the broader structural stability that comes from a president unlikely to criticize companies by name on Twitter or to suddenly exit from trade deals. There are hopes of an M&A boom ahead of potential corporate tax hikes. Banks could benefit from increased investment in green energy. It wouldn't be boom time, but it wouldn't be too bad either.

This may, however, be optimistic. Biden already asked ex-Goldman banker and former derivatives market regulator Gary Gensler to 'to work on a transition plan for financial industry oversight,' and Gensler has a reputation for toughness. The Democrats could still win the Senate. The pre-tax M&A boom won't appear if the Senate blocks Biden's tax increases, and if the Senate doesn't block them banks will be compelled to pay an additional $9bn in tax in 2021, which seems a high price to pay. Most importantly, though, and as the FT points out, the Federal Reserve will inevitable now move inexorably in a Democratic direction whoever is in charge, and this will mean an incremental toughening-up of banks' stress tests and increased capital requirements. "It’s a de facto capital raise for the banks, without anyone passing regulation,” says Ed Mills of Raymond James. Over time, this will hit banks' profitability. Over time, it will also hit the capital-heavy markets jobs that have finally shown decent returns this year.

Banks are unlikely to make big hiring or firing plans on the back of the election, but the potential for changes exists. Biden's biggest beneficiaries in banking are likely to be environmental social and governance (ESG) funding specialists. The biggest losers are likely to be the traders of illiquid products whose niche could end up less profitable again. 2020's boom would be a blip in their long demise.

Separately, while there seems to be some upset at Deutsche Bank over poor risk monitoring of leveraged loans such that the ECB has demanded to be told about 'every single high-risk leveraged finance transaction' Deutsche Bank enters into, ex-Deutsche Bankers at SoftBank are having a much easier time.

Known as the 'Masa whisperers', Bloomberg says the group of ex-DB people whisper investment ideas into the ear of Masayoshi Son, SoftBank's founder and CEO. They include the likely suspects of includes Rajeev Misra, Colin Fan and Yanni Pipilis. They also include Akshay Naheta, a former head of principal strategies at Deutsche Bank who is 'not yet 40,' but who reportedly persuaded Son of the merits of the $40bn Nvidia deal. If you wanted persuasion of the merits of moving out of a heavily regulated bank to the less regulated buy-side, this would seem to be it.

The next chairman of the SEC will be nominated in 2022, but Trump's existing chairman could continue serving until midway through 2023. (SEC)

Steve Mnuchin, 'the charmless foreclosure king with the trophy wife may have been the closest thing to a hero in Trump’s Cabinet.' He persuaded Trump to pick Jerome Powell as chair of the Federal Reserve and he helped birth the CARES Act. (Slate)

€9bn of stock trades a day might move out of London after Brexit. But then they might move back again. “Everything could well move to Europe...But let's say the rules change and it's a more liberal environment in the UK. If market makers are prepared to make better prices in the UK, it will move back very quickly.” (Financial News)

Goldman is moving $60bn of assets to Frankfurt ahead of Brexit. (Bloomberg)

It's a bad time to work in equity derivatives in France. Natixis has re-evaluated its equities derivatives business and had decided to pull out of the riskiest products. It wants to make €350m of cost savings by the end of 2024, including from the derivatives cuts. (Financial Times)