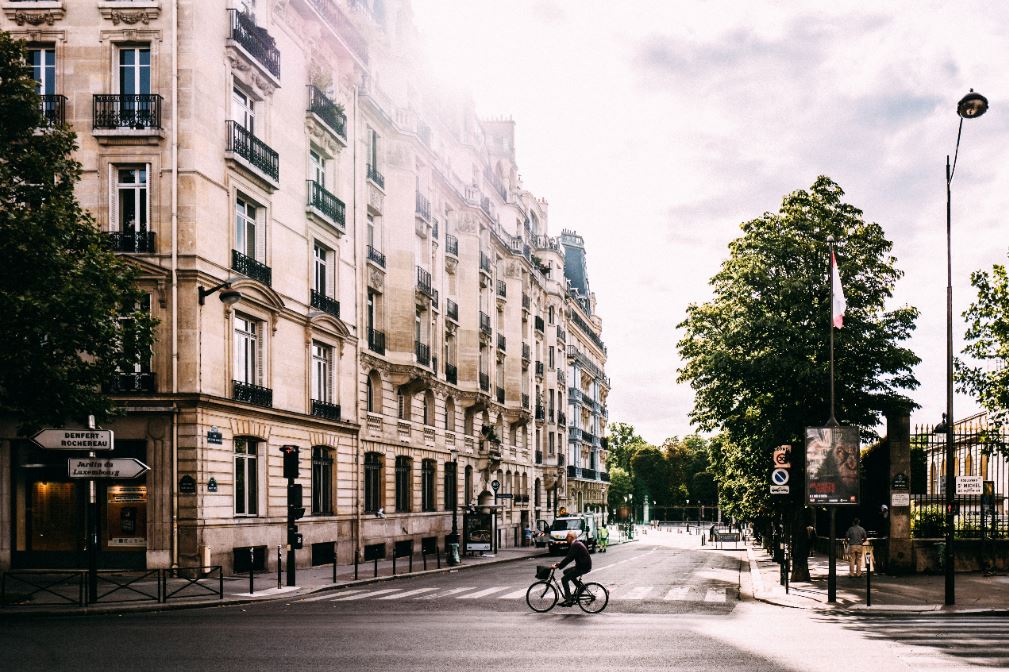 Something is afoot in the streets of Paris. As JPMorgan bankers prepare to turn up from London (to work in an office that still remains unfinished, during a lockdown that will see them relegated to serviced accommodation anyway), the range of jobs on offer in the French capital is expanding beyond the sell-side.

Yesterday, Citadel and Citadel Securities, the hedge fund and the electronic market-making firm founded by Ken Griffin, the multi-multi-multi-billionaire with a current penchant for gold and trophy properties, announced plans to open a Paris office in the first half of 2021.

This may be so. French universities like Ecole Polytechnique have a well-deserved reputation for cultivating quantitative talent that disperses across Europe and the world: Citadel and Citadel Securities already employ plenty of French graduates, mostly in London but also in the U.S..

If strict French lockdowns persist next year, the new Citadel and Citadel Securities offices may be the places to be. In the U.S., some Citadel Securities staff and their families were moved to the Four Seasons Hotel at Palm Beach during the pandemic where the stress of being locked down was presumably palliated by the pleasures of room service. “The personal experience around that has been very positive," said Hans Christian Reinhardt, head of business development EMEA for Citadel of the hotel stays, speaking at a conference last month.

Paris isn't the only place where Citadel and Citadel Securities are expanding now. - After an excellent year and a doubling of profits at Citadel Securities, the two companies are also manifesting themselves in Singapore and growing in Shanghai, Sydney and Hong Kong.

For Paris, though, the new arrival remains significant - particularly as the French capital has long been a turn-off for hedge funds because of high personal taxes. France's expat tax regime, which cuts personal income taxes by up to 50% and allows for the exclusion of foreign properties and assets from wealth taxes for eight years, means this turn-off is lessened. Citadel and Citadel Securities may not be the only firms beyond the big banks arriving in Paris next year.

Separately, Deutsche Bank is doing something to boost morale and - no - it is not hiking salaries like UBS. The Financial Times reports that the German bank has been rolling out the balloons. They were multi-coloured and on the London trading floor on Monday, “to boost morale as we go into another depressing quarantine”, in the words of one DB banker.

Morale may need to be boosted. At JPMorgan, a managing director told the FT he was "devastated" that most people will now be working from home again because a  “real camaraderie” had developed between the people in the office. Maybe banks should arrange for key people and their families to work from plush hotels too?

We are late to this, but a BofA banker was fired earlier this year for charging $20k of expenses to his corporate card at an adult venue. He denies this and says his card was stolen even though a recording suggests he called the bank's corporate call center when his card was declined at 2am.  (Business Insider)

So much for 'digital jobs' being safe: ING is no longer developing a 'unified digital experience' and is shelving its 'Think Forward' digital strategy with the result that 1,000 jobs will be cut in its investment and consumer bank. (Finextra)

More than 90% of Standard Chartered's 85,000 staff will be working 'flexibly' in the next three years. The bank is also setting up “near-home” workspaces for staff. These are likely to be rented offices instead of local hotels. (Bloomberg)

For £70 ($92) an hour, you can get a tutor to help you through the psychometric tests and digital interviews that will get you a job in a bank. (Financial Times)

Soothing words from David Solomon at Goldman Sachs. "I am optimistic about our ability to support each other and meet this moment...I believe in all of us and what we can do together." (Business Insider)

The Bank of England's new bond-buying spree was leaked in the Sun newspaper and it wants to know why. (Bloomberg)

When you shout at your computer screen at the kitchen table you are modeling work behavior for your children. (Bloomberg)

More on the Bill Gross-Gilligan's-Island-theme-tune neighbor dispute. Gross stands accused of blasting the song maliciously while dancing on his balcony. His neighbor stands accused of photographing Gross in gym shorts. Denials all-round. (WSJ)

Photo by Andreas Selter on Unsplash