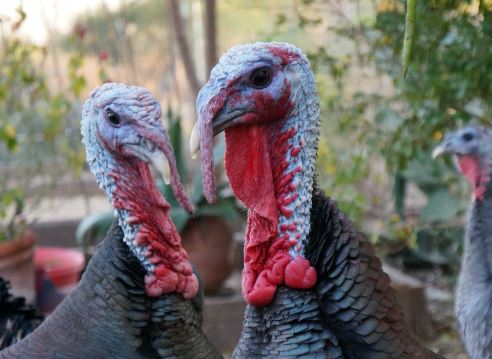 It's a big week in America, where - despite the raging coronavirus crisis - many people are preparing to travel for Thanksgiving. Following a similar experiment with Canadian Thanksgiving in October which resulted in an increase in Canadian virus cases, the wisdom of family gatherings is debatable. Some banks are urging employees to stay at home and defer communal gratification until the pandemic is over.

Among them is Jefferies, which now communicates partly through the Instagram profile of its ebullient CEO, Rich Handler. Yesterday, Handler added the following post, which while it doesn't explicitly ban Jefferies employees from convening with their families, isn't exactly a vote of encouragement either. 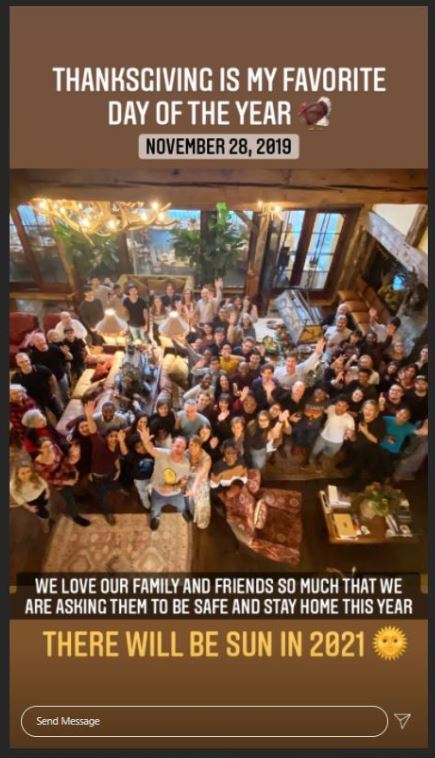 It's not all bad news though. Over the weekend the Litquidity Instagram account also posted an internal email purporting to be from Jefferies to its staff, saying that despite the approach of the bank's fiscal year-end, Jefferies employees can take a four-days off, starting this Wednesday evening and lasting until next Monday morning. Jefferies people are urged to achieve a "genuine disconnect" and to get away from their computers and mobile devices. All but the most urgent emails are banned and Jefferies MDs are asked not to assign analysts and associates any work throughout. The policy applies globally.

Naturally, there are exceptions. - Salespeople, traders, sales and trading support, and technologists maintaining Jefferies' infrastructure will still need to work. So too, will anyone working to close investment banking deals before year-end. This could apply to a lot of people. Even so, Jefferies' move seems generous. All that remains now is for Goldman Sachs' CEO David Solomon to announce something similar on his Instagram account too...

Separately, if you're a Goldman Sachs technologist working in Europe you might recall the suggestion earlier this year that Goldman could move a lot of its technology jobs out of London in an attempt to cut costs. Birmingham was mooted. Eleven months later, there's no sign of Goldman in the U.K.'s second city, but another European capital seems to have grown in popularity: Stockholm.

In an interview with Bloomberg, Elizabeth Martin, Goldman's London-based global co-head of futures and options trading, says that, "Stockholm will increasingly be part of our engineering footprint across Europe." This follows Goldman's purchase of Pantor Engineering in 2016 and its 2018 increase in Swedish office space to accommodate 100 engineering staff (who were given the choice of whether to wear shoes in the office).

Martin's comments suggest that the Stockholm office will be expanding further still - potentially with the most interesting technology jobs linked to electronic trading. Goldman also has its European technology hub in Warsaw, noted Martin, making no mention of a second engineering office in the U.K..

Martin also underscored the extent to which technologists have replaced traders. "In electronic equities trading we are five-to-one engineers to salespeople," she told Bloomberg, adding that the whole group works together on the floor and that Goldman's new London office has facilitated this interaction. - Even though many staff are now back to working from home.

How to calculate the risk of your Thanksgiving celebration. (Technology Review)

HSBC has told its Hong Kong staff that it acknowledges their urge to have a blend of home and office wrking and has given them HK$2,500 ($325) allowance to spend on items such as chairs. (The Times)

WorldQuant, which manages around $5bn on behalf of Millennium, is up 20% this year. (Financial Times)

JPMorgan appointed Sanoke Viswavathan, previously chief administrative officer of technology and operations in its corporate and investment division, as the chief executive of its challenger bank in the UK. (CityAm)

Progressive Democrats want Joe Biden to exclude anyone with corporate ties from his administration. This would rule out black bankers, who have a lot to offer. (Bloomberg)

Two Taiwanese parents moved to England from Taiwan in 2003 so their son could learn English and eventually pursue an international business career, preferably at a global investment bank. Instead, he set up the payments business KodyPay while at university. (Bloomberg)

UK Chancellor of the Exchequer Rishi Sunak says the virus crisis has been more stressful than the financial crisis (when he worked for hedge fund TCI). 'Has this been the most difficult time in his life? “Yes, professionally without question, and I worked in investing and finance during the financial crisis.”' (The Times)

Sequoia opened a London office and you want to know is new head of talent Zoe Jervier Hewitt, who has worked in a similar role at EQT Ventures and will start in January 2021. (Forbes)

Deutsche Bank is growing its payments business. “Digital payments are one area with the highest strategic priority for us...non-organic growth is clearly an option . . . If an opportunity comes along we would clearly consider [it]”. (Financial Times)

Why is it taboo to mention that you're motivated by money in banking interviews? After all, you would not go for an interview at Aston Martin and then avoid mentioning that you would quite like to own one. (The Times)

Photo by Ruth Caron on Unsplash