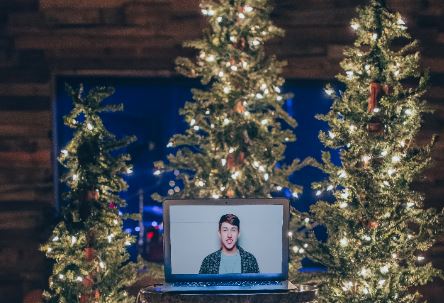 It might be said that the not-so-good news is coming thick and fast for people in the investment banking division at JPMorgan. Alongside Bloomberg's revelation that bonuses outside of sales and trading would probably fall this year (unless last minute negotiations effect a change), there was the suggestion that salaries above vice president level will be held stable. Now it seems that JPM bankers are also being discouraged from supposing that Christmas will be a time for a pleasant and restorative break.

In an interview with Bloomberg yesterday, Dirk Albersmeier, JPMorgan's co-head of global M&A, said: “It clearly won’t be a long Christmas break for M&A bankers,” and that, “There are absolutely no signs of this [deal] pace slowing down.”

While Albersmeier's comments might be dismissed as a casual boast about the enormity of JPMorgan's M&A pipeline after the bank's M&A revenues fell 8% year-on-year in the first nine months of 2020 (and by 15% in the third quarter), it also looks like a call to arms in a genuinely busy market. Deals are rising across all industries, said Albersmeier; health-care, technology and industrials companies are driving cross-border transactions; countries want to create national champions.

The warning that the Christmas break probably won't be much of a break wouldn't be too much of a big deal if it were leveled at JPMorgan's U.S. bankers, who have already had the pleasures of Thanksgiving. But Albersmeier is a German banker, based out of London, and his declaration seems to have been aimed at bankers in London, Paris and Frankfurt, for whom the long Christmas break is far more sacrosanct.

Worse, now that JPMorgan has thrown down the work-over-Christmas gauntlet, other banks are likely to do the same. In much the same way as heads of trading began the pandemic by requesting staff to appear on the trading floor even as the virus spread because they thought it would enable better client service, so M&A heads everywhere stand to demand Christmas working as a way of winning and closing deals. It would be better for everyone if an amnesty were declared: after a difficult year, bankers and clients deserve at least a full week off.

Separately, no one knows what Deutsche Bank's bonus pool will be like for this year, but the fact that the German bank keeps saying it's behind on its cost reduction plans and has too many employees has seemed to suggest that either a big round of layoffs will happen before payday, or that a smaller bonus pool will be spread more thinly.

Deutsche has now dropped a dollop of hope into this gloomy prognosis. Bloomberg reported yesterday that DB is likely to raise the outlook for its investment bank at next week's investor day after a strong year for the bank's fixed income trading division.

Deutsche Bank isn't commenting on the claims, but Deutsche's credit traders will surely sniff an opportunity to lobby for a higher bonus pool on the back of their strong performance. They might also want to avoid looking too long at KBW's figures for fixed income trading market share in 2020, which suggest they simply performed in line with the market - and initially performed a little bit worse.

Cerberus plotted to install former Morgan Stanley banker Colm Kelleher as the chairman of Deutsche Bank and agitated for the departure of Paul Achleitner for more than a year. A senior DB executive described it as a “very surprising” proposition, because Mr Kelleher does not speak German and spent his career at a Wall Street institution that was hugely different to the bank.' (Financial Times)

How hedge fund manager Steve Cohen talks when he makes layoffs: “I’ve decided to consolidate efforts on the Cubist side of the wall...This consolidation of intellectual capital and the firm’s resources will allow us to scale and grow the business more strategically.” Cohen let go of Matthew Granade, his chief data scientist, plus Granade's deputy. (Bloomberg)

Senior executives, City dealmakers, sportspeople, artists, TV production staff and others won't have to adhere to the U.K.'s two-week quarantine after travelling abroad from Saturday. Previously, the exemption only applied to members of the armed forces and utility firms. (Financial Times)

Nomura is hiring 100 people for an expansion in Asian private wealth. "We see the Asia region as becoming more and more important for the global economy.” (Bloomberg)

Canadian bank bonuses were up a mere 3.9% across the board. (Bloomberg)

Inside the fateful Sunday evening video call that saw Jean Pierre Mustier disappear as chief executive of Unicredit.  'Mr Padoan, a former Italian finance minister, told Mr Mustier that rather than looking outside Italy and cutting costs, UniCredit should double down on its domestic market. “It was clear that the differences were irreconcilable.”' (Financial Times)

This year's performance reviews are kinder and gentler. “Empathy, caring, supporting people is really the theme.” At least, this is the case outside of banking. (WSJ)

Bill Gross says it was not he but his property manager who played the loud Latino music that irked his neighbor. (Bloomberg)

Photo by Derek Arguello on Unsplash