Upset at McKinsey & Co. as employees silenced on social media 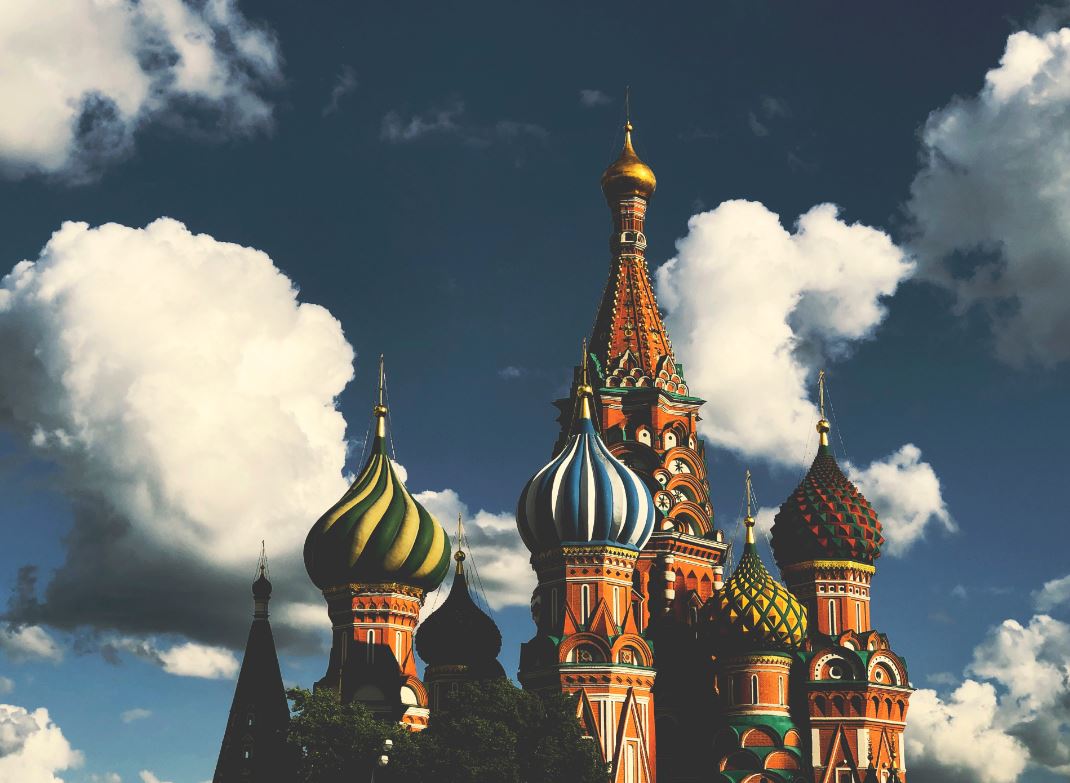 If you work for a large corporate in a country with a complex political narrative (which amounts to most countries these days), should you be free to express your views on social media?

According to an email sent to McKinsey & Co. employees in Russia on Friday, and seen by the Moscow Times, you should not.  As per the Tweet from a Moscow Times journalist below, employees at the Russian office received an email forbidding them from supporting political activities, publicly or privately and from posting political posts on social media.

The email was sent ahead of protests in Russia this weekend following the return and detention of opposition leader Alexei Navalny. Insiders at McKinsey in the country were reportedly annoyed by the email's apparent contradiction of the company's code of professional conduct, which allows employee to make political posts on social media but cautions that: "Colleagues must not present their personal political views in ways that could compromise the firm’s reputation for political neutrality." 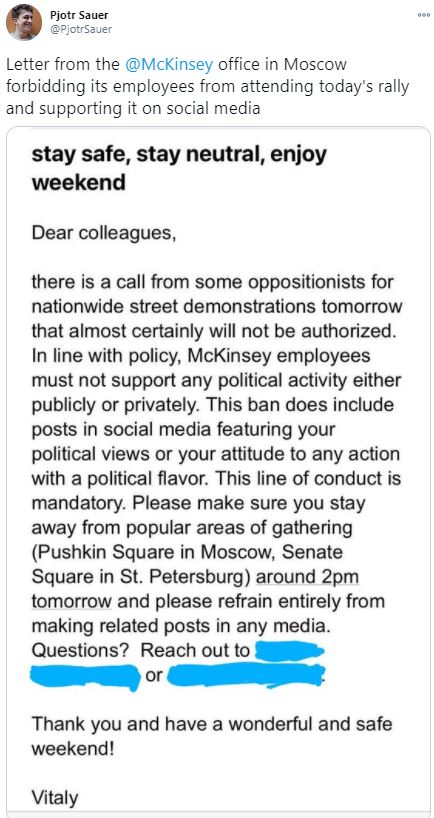 A spokesperson for McKinsey & Co. in London didn't respond to request to comment on the matter. However, following complaints, McKinsey's Moscow office subsequently clarified its position as per the email below.

The change reflects the issues faced by firms in today's febrile political environment. It also underscores the extent to which staff are unwilling to have their voices silenced. 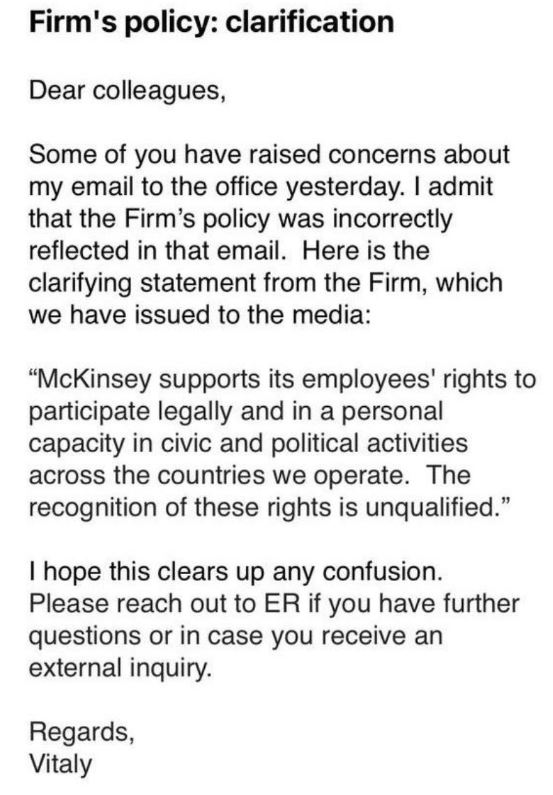 Photo by Irina Grotkjaer on Unsplash