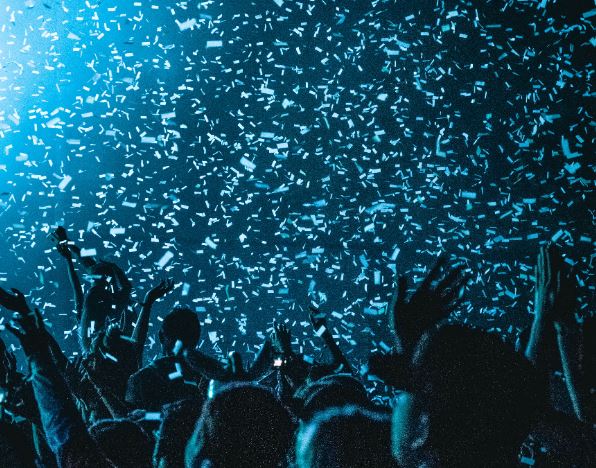 Is it a good sign when an investment bank announces a huge class of managing directors (MDs)? Yes, if you're one of the lucky minority who gets the big new title and the big new salary that goes with it. Not necessarily if you're one of the remaining employees: an unusually large class of new MDs can be a sign that banks are trying to appease senior people over a much reduced bonus pool.

We've posted the full list of Morgan Stanley's 2020/2021 MDs at the bottom of this page. They're a reasonably diverse group, which may also account for their size: 35% are women; just 6% are black, 16% are Asian. A substantial chunk (30%) come from 'infrastructure'. An even more substantial chunk (48%) come from the institutional securities unit, which houses the investment bank.

We've already highlighted the presence of Dr. Amrit Sharma, the head of Morgan Stanley's quant modelling and pricing automation strat group on the list below. Other names you might want to take note of include: David Massingham, a New York-based MD who runs automated trading strategies for corporate and emerging market credit and Robert DiTrapano, the global head of electronic FX trading.

Around one year after clearing out swathes of its senior technologists, Morgan Stanley also seems to have made plenty of technology promotions. - This year's MD class includes Nikhil Awasthi, the man charged with the technology monitoring Morgan Stanley's trades, who was hired from Goldman in 2017.  There's also Junrong She, who deals with fixed income trading technology for the bank in Hong Kong; Richard Viana, global head of enterprise systems management and Jasper Graham, the global 'threat hunt lead' based in Baltimore.

While Morgan Stanley submits to scrutiny of its managing director list, Goldman Sachs is being agitated by a former intern and analyst. Emerlene, a Wellesley graduate, who interned with Goldman Sachs in New York in 2016 and who subsequently worked for Goldman Sachs in Hong Kong has made a selection of YouTube videos about her terrible experiences there. Goldman isn't commenting on them, and Emerlene left the firm years ago, but her claims that the hyper-competitive internship was 'traumatic', that she was in the office from 5.40am until 9.30pm, that everyone gained weight from the stress, and that a cutthroat selection process meant interns had to compete even to gain assignments to work on, might dissuade some people from going for Goldman internships like they're the Holy Grail. Similarly, Emerlene's claims that working for Goldman Sachs in Hong Kong involved completing huge volumes of urgent work alongside uninteresting people only motivated by money, might not inspire anyone to accept a Goldman job even if it's offered.

Emerlene's videos are prefaced by a disclaimer emphasizing that these were her experiences and that other people might have a much better time. Bankers commenting on the Wall Street Oasis forum aren't entirely sympathetic. "She spends half the time complaining about working hard ("I came into the office... and this still hurts me to this day... at 5:40am... before the sun came up..."). She also rails against capitalism / rich people and the money-obsession for a little while, but then accepts a return offer (despite such a "traumatic internship") primarily because they're giving her $10k to move offices?", notes one....

Tighter European rules on outsourcing functions like stock-picking for asset managers could mean that buy-side roles move out of London post-Brexit too. (Bloomberg)

Goldman Sachs is thinking of exploring the custody of digital assets. (Coindesk)

Unicredit asked Tidjame Thiam to be CEO. He said he was flattered but that he has other commitments. (Bloomberg)

Incoming head of the SEC and former Goldman partner Gary Gensler is a born again regulator. “Knowing what we know now, those of us who served in the 1990s should have done more [to protect] the derivatives market,” he said in 2012.  “Gary can’t be intimidated, and he’s usually smarter than you are,” says a former colleague. (Financial Times)

Inside Pinduoduo, the Chinese tech firm where a junior collapsed after working long hours, employees are discouraged from socializing and are monitored during their working hours and their breaks. (WSJ)

Photo by Jordon Conner on Unsplash