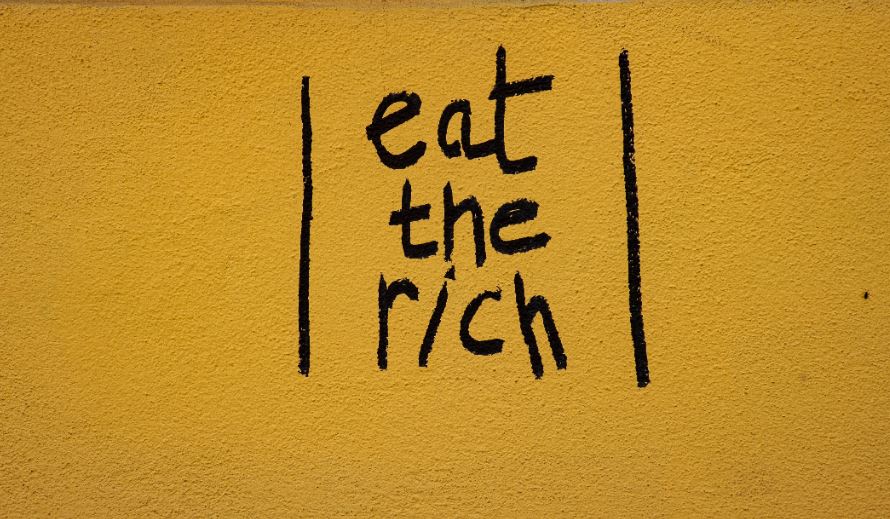 People working in investment banks have long been unpopular in society at large, where they are easily framed as overpaid pariahs working in relentless pursuit of mammon, but they can also suffer a popularity problem with their colleagues in other areas of banks. At Bank of America, that unpopularity seems to have been prodded to new levels by the structure of this year's bonus pool.

Bloomberg reports that BofA has been "divided for years" by "long-simmering jealousies," and resentments between divisions. Although BofA's resentments were arguably worsened by its "shotgun marriage" to Merrill Lynch, they're the sorts of emotions that permeate all big universal banks, and are mostly about money and status. The typical faultine runs between the investment bank and the corporate bank. "Rainmakers" in investment banks can make eight figure sums for landing big M&A deals; corporate bankers who deal with lending and cash management, cannot. Corporate bankers feel less important as a result.

Matters are made worse by the fact that BofA operates something known as the "rule of 60", under which senior managers have been able to retire with all their deferred pay, so long as their age plus 10 equals 60. The new four year deferred bonuses are excluded from this arrangement, implying that corporate bankers who were planning to retire will now need to hang on.

It's not entirely clear how BofA's investment bankers managed to persuade the bank to cancel the cliff vesting arrangement for them, but Bloomberg reports that the corporate bankers are now busily engaged in trying to engineer something similar and, "gathering on calls to vent frustrations and discuss options.'

While a mutinous atmosphere erupts in BofA's corporate bank, there's almost certainly an air of satisfaction over at UBS. Bloomberg reports that the Swiss bank is planning to raise the bonus pool in its investment bank by as much as 20% after spending an extra $500m on bonuses this year. We noticed this a few weeks ago when UBS reported its fourth quarter results, but it seemed a curious move in light of UBS's previous promise that it would increase salaries and reduce bonuses for its senior staff in the coming payment round. The implication now is that senior UBS bankers could either see their salaries and their bonuses increased, or that senior bankers will have their bonuses reduced to take account of their higher salaries and that everyone else will get a very big bonus increase instead. Either way, it doesn't sound bad.

Separately, what do you do after a 25 year career at Deutsche Bank? David Harry, a former VP in the bank's real estate data analytics team has decided to become a magician and a London tour guide. In light of the pandemic, Harry is currently conducting his tours via Zoom from home. You can arrange to participate in one here.

Renaissance Technologies was hit with $5bn of redemptions. (Bloomberg)

Jes Staley, CEO of Barclays, says the City can thrive after Brexit, that it should focus on New York and Singapore rather than Paris or Frankfurt, and that regulation is an important part of the City's competitive advantage. "In a funny way we've gotten pretty good at working inside the regulatory framework that is here. It protects the financial industry in London as we learn how to deal with this regulation, and it makes the bank safer." (BBC)

Hong Kong developed into a financial center to intermediate China’s need for capital and the world’s desire for returns. As long as that role still exists — and it very much does — then Hong Kong will remain relevant. - But the departure of hundreds of thousands of people could still inflict reputational damage. (Bloomberg)

Donald Trump's ban on worker visas, including H-1B and L visas, is set to expire in March, but Biden hasn't moved to rescind it earlier. Biden is also set to implement Trump's rule that overseas workers need to be paid minimum wages to meet visa requirements, although this has been delayed until later this year. (Financial Times)

Rats are taking over deserted offices in the absence of humans. They are coming up through toilets and living in roof spaces above ceiling tiles. (Guardian)

Photo by Lea Kobal on Unsplash