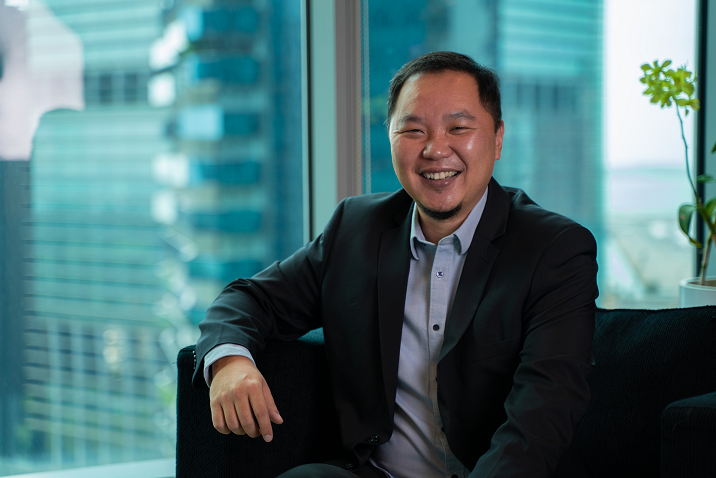 “I’ve worked in different roles in my career, but M&A is the most varied and dynamic,” says Eugene Tse, a director in the M&A team at EY in Singapore. “That’s partly due to the unique complexity of each transaction, and the range of clients from different industries that I work with,” adds Eugene, who has successfully completed several mid-cap M&A deals in sectors such as technology, manufacturing, healthcare, logistics, food services, and aviation.

Eugene’s expertise is on Southeast Asian markets. “This region boasts many innovative and fast-growing companies. I’m in the privileged position of advising businesses trying to build footholds in emerging economies,” he says. To be successful as an M&A professional, Eugene says it’s important to be adaptable and react rapidly to change. “Look at what has happened during the pandemic: some cross-border M&A transactions from strategic buyers have slowed down because travel has been difficult, and decision-makers of such companies typically prefer to make decisions relating to company buy-outs after a site visit. But private equity acquisitions have gone up because private equity firms are in the business of acquiring companies and they currently have a lot of capital available to be deployed. Thus, they are more comfortable making acquisitions despite the travel restrictions in place,” he explains.

Eugene himself worked in private equity during the middle part of his career. He then took an in-house corporate finance position at a Singapore SME before joining EY in 2016. Eugene was determined to build a successful M&A career, and he knew he had to improve both his hard and soft skills. “My market knowledge needed refreshing and I needed to bolster my leadership skills. To work in M&A for a professional services organisation, you need to stay up to date with the latest trends,” he says.

His desire to prove himself in a senior M&A position drove Eugene to join the Executive MBA (EMBA) programme at Nanyang Business School (NBS). Being in the programme immediately gave Eugene a better understanding of the terminology that his colleagues at EY were using to describe tech-sector clients. “For example, I learned how the ‘network effect’ – whereby the value of a service increases as it attracts more users – impacts the growth of tech companies. And I gained better insights into how tech transformation is affecting all my clients. This is important because a big recent change in M&A is that companies don’t always buy each other to gain market share; they increasingly do so to leverage their technology so they can deepen connections with current customers,” he says.

NBS is part of Nanyang Technological University, Singapore (NTU Singapore), a leading research-intensive public university in Singapore. Inter-disciplinary collaborations at NTU, such as those between the business school and the School of Computer Science and Engineering, mean that programme participants like Eugene keep abreast of how emerging technologies are disrupting industries. “The strong link with the wider university sets NBS apart in its ability to incorporate technology into the curriculum,” says Eugene.

The Nanyang EMBA is delivered through five segments of intensive learning lasting about two weeks each. “I like the way the EMBA is structured in ultra-intensive bursts because it allows you to take time off work and give it your all. For me, that’s much better than sitting in a class after work, when you might not be so engaged and willing to participate,” says Eugene. Each segment contains several modules focusing specifically on technology, such as leading business analytics in the new economy, and technology-based innovation and disruption.

Besides giving him a tech edge, the Nanyang EMBA helped to progress Eugene’s M&A career in other ways. He learned important and sometimes surprising new skills throughout the programme. The Mergers and Acquisitions module, for example, emphasised how takeover deals often fail because of cultural integration problems between the two companies. “In M&A we sometimes concentrate too much on the financial aspects of a transaction rather than the human side,” says Eugene.

The EMBA module about cultural intelligence focuses on equipping executives with the skills they need to make culturally sensitive decisions and lead diverse teams. “My current team has people from all around the world in it – it’s the most multicultural environment I’ve experienced. This module helped me to embrace differences and to understand why certain groups of people may react to situations in different ways,” says Eugene. “Cultural intelligence skills are critical if you want to progress as a leader in a city as diverse as Singapore,” he adds.

Nanyang EMBA participants also have the opportunity to take classes with the University of California, Berkeley. “The leadership course at Berkeley was a highlight of the EMBA. As the campus is close to Silicon Valley, many professors sit on boards of tech companies and provide fascinating insights into the entire tech ecosystem. I got to mingle with the local students, many of whom had ideas for their own startups,” says Eugene.

The learning environment and approach at NBS also impressed Eugene. Many of the school’s professors have rich industry and consulting experience. “The lessons are structured so that we learn from our fellow EMBA candidates, who come from different backgrounds. I had people in my class from oil and gas, aviation, and many other industries,” he says. A typical EMBA class at NBS has about 30 participants from about 20 sectors and 15 nationalities, with over 15 years of industry experience. “The mix of people and opinions in my class taught me the importance of considering different perspectives to solving problems, which is a useful skill in a multi-faceted M&A deal,” he says.

At the end of the programme, Eugene took part in Strategy Projects at Nanyang (SPAN), in which he and a group of classmates acted as consultants to address critical business challenges faced by a Singapore-based life sciences company. “We all brought our own domain knowledge to the table – for example, I was working with a head of internal audit and a COO of a prominent computer games company – and we came together to produce quality advice,” says Eugene.

Eugene completed his EMBA in 2018, and he still keeps in touch with his friends from the programme. “A couple of the people I studied with are now my clients,” he says. “And I have contacts across many different sectors, so if I need knowledge in a particular industry, I can call up a classmate. The networks I’ve forged at NBS are invaluable to me as a leader.”

To find out more about the NTU Nanyang Executive MBA please click here.