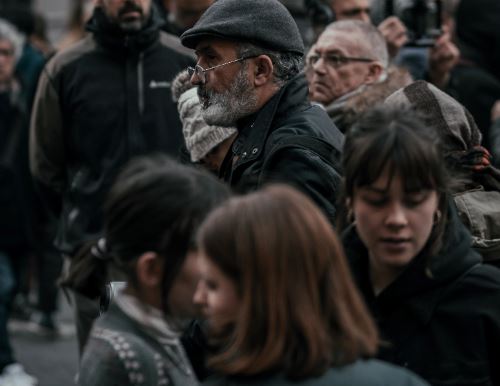 A few months ago, Olivier Herbout had the kind of job most young French finance graduates probably aspire to. After graduating from Ecole Centrale in Paris in 2015 and studying for a Masters at Berkeley’s Haas School of Business in California, he joined the quantitative investment strategies team of Goldman Sachs Asset Management in New York City.

Herbout stayed at GSAM for five years, but in January 2021 he quit. Now he’s back in Paris, working on a start-up with a friend from Ecole Centrale; it’s about applying the skills he gained at Goldman to the French pensions market.

“The retirement system in countries like France is not sustainable right now,” says Herbout. “Ultimately, we will probably need to copy the Anglo Saxon system with retirement investments that are more closely linked to the market, and this will drive a huge change in the wealth management industry in France and elsewhere in Europe. This is why we created Ramify – we want to take financial advisory in France to another level.”

Herbout, who is Spanish and French, hadn’t lived in France for six years before he returned during the lockdown. “It’s been a bit of a shock,” he says. “I had a lot of freedom in the U.S. and I came back to my parents’ and was back in my old bed and I couldn’t leave the house because of the pandemic.”

As is often the case when people leave Goldman, Herbout says his exit had nothing to do with GS and everything to do with the opportunity encapsulated by Ramify. – And that opportunity is in Paris rather than New York. “The U.S. is considerably more advanced in terms of financial advice than Europe. France is a smaller market, but the amount of money to be invested is not insignificant. I understand how French people speak and think about money. This is where my advantage lies.”

Herbout aims to use the quantitative insights he gained at Goldman to create data-based investment products at Ramify. “We believe that humans should not include their own biases in investment decisions, but should trust data to optimize their portfolios based on preferences like ESG stocks, particular sectors or particular national markets.” Ramify will also take tax costs into consideration: “The taxes in France can be very high,” observes Herbout.

Ramify already has five staff, but by the end of the year Herbout predicts there will be 15. They won’t all be like he and his co-founder, Samy Ouardini, who spent four years at consulting firm Oliver Wyman. “We’re looking for people with more of a tech and data than a finance background,” says Herbout. “Ultimately, two thirds of our staff will be technologists.”