As banks hire 100s of new juniors, students seem to be in luck 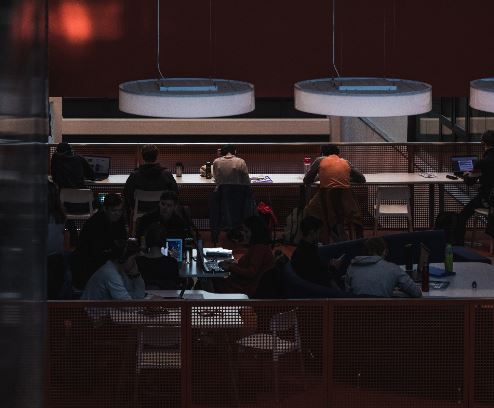 After a difficult 2020, it's starting to look times are changing for students in search of investment banking jobs. As deal volumes go through the roof and current juniors complain of intolerable workloads, most banks are desperate to hire new junior staff as soon as possible. Their 2021 campus recruitment programs are the obvious option.

Students at the UK's London School of Economics (LSE) say that banks like Citi reopened their graduate applications a couple of months' ago - well beyond the standard deadlines for full time hires of late November. Goldman Sachs has also reportedly been advertising off cycle internships; although these happen every year, they offer an opportunity to bring in extra support at comparatively short notice.

Since the publication of the unofficial survey of 13 Goldman Sachs investment banking analysts complaining of 100 hour weeks, most banks have pledged to make extra hires. JPMorgan has reportedly already hired 90 additional junior bankers globally this year and intends to hire another 100. Credit Suisse is said to be hiring an extra 170. Goldman Sachs, Moelis & Co. and Bank of America are among the banks pledging extra recruitment of their own.

At some banks, the new recruitment comes on the back of an already large junior cohort. In a memo to juniors last week, Houlihan Lokey said it had increased analyst and associate staffing levels by around 40% in the past five years. Earlier this month, Lazard told us it hired 15 bankers in Paris throughout last year and that it's already added in 20 in the first three months of 2021.

For students trying to get a start in investment banking, the new hiring couldn't come at a better time. Last year was one of the 'toughest student job markets in a generation' according to Martin Birchall of High Fliers, which conducts research into graduate recruitment in the U.K.

LSE students say banks' lack of appetite for graduate recruits last year spilled over into this year's hiring round. "A lot of banks had lower conversion rates for the 2020 summer which meant quite a few people were reapplying for summer internships in 2021 this fall, making it harder for people with no prior experience to break in," said one. Another pointed to the fact that some banks cut internships altogether as well as making fewer offers last year, meaning that students who should have secured jobs in 2020 were still on the market in 2021. "Competition has never been so fierce," said one student, who said he spent additional time in the lockdown working on his LBO modelling skills.

In recent months, however, things seem to have started looking up. Not only are some banks said to be still looking for interns and graduates beyond normal hiring deadlines, but the messaging has become more positive. "Recruiters at the big American banks have been telling us they want to grow their teams," said the student, pointing to "significant demand" in investment banking divisions.

The hope, too, is that students completing banking internships this summer will find it easier to convert them into full time jobs than last year.

Students are still apprehensive though. - Being part of an unusually large cohort isn't necessarily a good thing. "The uncertainty over the current economic recovery is probably my biggest worry," said one student. " What happens if the SPAC market collapses? Or the Crypto bubble bursts? Could they spillover into investment banking, and if so how badly? Central banks have already over extended their support schemes..."

Photo by Alex Motoc on Unsplash