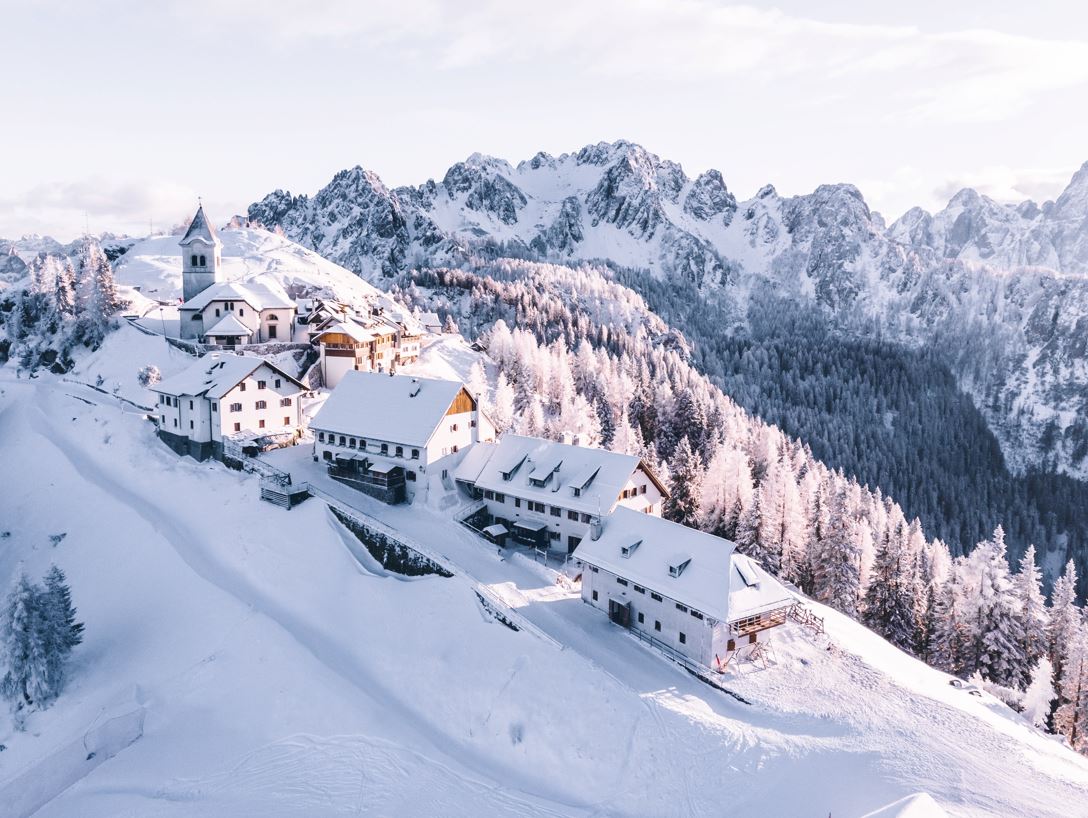 The Times reports that one senior banker, 51-year-old Matthew Jarman, wants to spend some of his money in the Gressoney valley in Italy, but is having problems doing so. Jarman, who is quite possibly the top Morgan Stanley banker previously described as an "M&A all-rounder" in-line for a big bonus by the Times, reportedly wants to buy a large ski chalet worth up to €3.5m ($4m) in the valley. Gressoney is considered a good investment because there's talk of a possible future cable car link. However, spending the money is not proving easy. “It’s quite hard to find something that hasn’t been converted into flats,” says Jarman's wife. “If you want to buy an apartment there are a lot of choices, but luxury catered chalets are very hard to find.”

Senior bankers in Singapore appear similarly constrained. There, Bloomberg reports a rush on something known as "good class bungalows," which are not really bungalows at all, but homes in the most upscale Singaporean districts with particularly large plot sizes. Again, they're considered good investments, and everyone's chasing them. Their buyers include the 30-something ex-Credit Suisse intern, Su Zhu, who's reportedly buying a bungalow for $36m after founding crypto hedge fund Three Arrows Capital.  Zhu has expressed an interest on Twitter in buying all the good class bungalows and giving them over to regenerative agriculture, although this may be wishful thinking.

In a reflection of the fact that recipients of this year's big bonuses may need help spending and investing them, Bloomberg reports that Goldman Sachs has built something called the 'Goldman Sachs Partner Family Office.' This offers Goldman's current and ex-partners and managing directors access to the sorts of wealth management services offered to Goldman's ultra-wealthy clients. It follows an unusually lavish bonus round and a year in which some Goldman traders reportedly earned $30m.

At the bottom end of the scale, associates in banks tell us they're mostly trying to save for house deposits or to pay down their mortgages. But they want some fun too. "Most people save 50-60% of their bonuses," says one. "But they have nice times too - a lot of people have lavish Friday or Saturday nights off."

Separately, if you work in IBD and would like to future-proof your career as well as your investments, it probably makes sense to position yourself as an expert on one of the emergent industry sectors.

Speaking earlier this month, Ken Moelis, founder of boutique bank Moelis & Co., said "young, energetic people who are finding their own sectors and niches and places." These include areas like the Metaverse, said Moelis: "Young people that we're hiring out of school are coming and in the middle of it saying, hey, I think there's a huge opportunity here, can I attack that space?"

They might be onto something. PWC says M&A volumes across the crypto space as a whole jumped 5,000% last year, and that crypto fundraising deals rose 645% to $34.3bn.

Jim Greco, crypto prop trader, former software developer at Getco, and founder of fixed income platform Direct Match, said he had 17.5 hours of interviews to get his first job at Getco, where he was one of four developers working on the dark pool. (Frontmonth)

If you work in finance, it's particularly important to save your money. Save early in your career and consistently. (Traders Magazine)

You may want to invest in the CryptoDickbutt DAO, which is growing in popularity. (DeCrypt)

A quirk on NFT exchange OpenSea makes it possible for people to purchase NFTs at previous listing prices. In this way, a Bored Ape Yacht Club NFT was accidentally sold for $270k. (WSJ)

As investors worry that deals won't happen for antitrust reasons, merger targets are trading well below their acquisition prices. “That’s not wildly off of a 50/50 implication that the deal gets done. That’s pretty low for a deal that would have seemed fine a few years ago.” (WSJ)

Three years after graduating with an MBA from Wharton, you should be earning $238k. (Financial Times)

The trial of former Goldman Sachs MD Roger Ng is beginning. Goldman employees, mostly from the compliance division, will be called as witnesses. (New York Times)

Disagreeable men earn more, but only when they're married. This is possibly because they make their wives do more housework. (Bloomberg)

If you scowl at work, you'll have a much harder time agreeing with anyone. (New York Times)

Photo by Daniele Buso on Unsplash