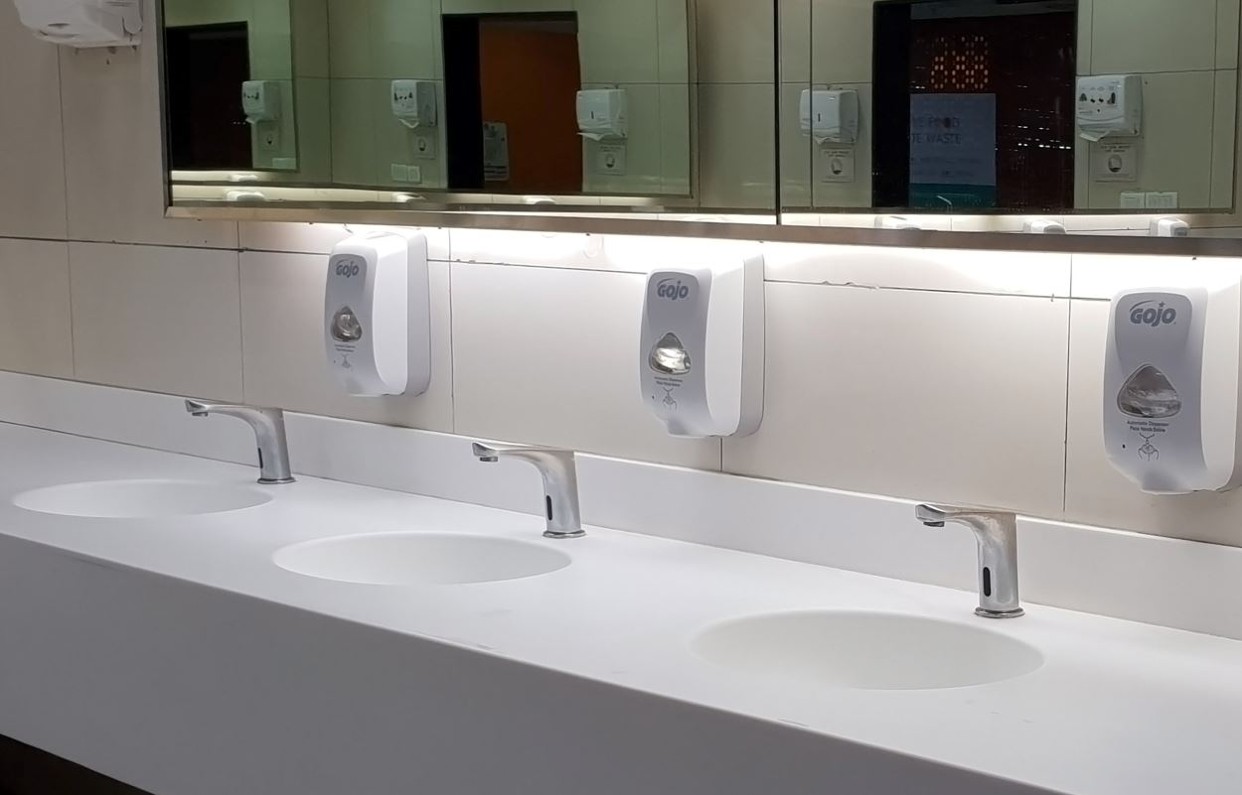 Of all the C-Suite jobs, chief operating officer is never the most glamorous.  But sometimes it can be actively squalid.  Spare a thought for Georgina Philippou, who had to take time away from carbon neutrality initiatives and cloud strategy meetings to write a memo to all staff scolding them for the “shameful” state of the office building.

New requests under the Freedom of Information Act have revealed quite how bad things got at the Financial Conduct Authority, the UK regulator responsible for prosecuting insider dealing, spoofing and other market conduct offences.  There’s no subtle way to put this; an employee found a “large piece of excrement on the floor in front of the toilet” in the women’s washrooms on the fifth floor.  Similar incidents recurred on floors 4, 6, 9, 10 and 11 over the following few months.

Corporate lawyers often feel like they get called in to do bankers’ dirty work, but rarely quite as literally as the poor souls at Eversheds who ended up being asked for their advice on how to conduct an internal investigation into the problem, while respecting the privacy of people wanting to use the facilities for their intended purpose.  There was even a specific prime suspect – correspondence went back and forth when this person took annual leave to see if it could be confirmed with CCTV stills – but it turned out to be a case of mistaken identity.

What a way to earn a living. But as well as a source of slightly cruel amusement, this case ought to slightly worry anyone making a living in investment banking in London – and possibly internationally as well.  To state the obvious, people carrying out dirty protests in their own office are probably not in a good place in terms of mental health.  Among the complaints being investigated alongside this one were of bottles of alcohol being found in waste bins.  The staff at the FCA have had terrible morale for years and although the phantom defecation activity came to an end, complaints about job stress and burnout have, if anything, been getting worse this year.

These regulators have the power to ruin careers and destroy livelihoods.  It’s quite disturbing to think that this sort of power is being wielded by an organization that’s full of people who are so badly stressed and distressed themselves.  High levels of staff turnover and long term sick leave mean that the regulators don’t build up organizational competence, and don’t get time to develop an understanding of the markets they’re meant to be regulating.  For our own sakes, we ought to hope that things get better for them.

Separately, analysts of investment bank compliance issues have, over the years, learned to apply a degree of skepticism when a spokesperson says that something is an “industry-wide issue” rather than a case of their bank in particular having done something bad.  But in the case of HSBC admitting that it’s co-operating with the CFTC on a probe into use of non-approved messaging platforms (ie, WhatsApp), the “I don’t think it’s specific” gambit seems like it might be valid.  After all, as we noted yesterday, Deutsche is having its own WhatsApp crackdown, and JP Morgan caught a $200m fine as recently as December.

Slightly worryingly, some regulators appear to be taking the hard line view that work related communication over any platform that isn’t archived and available to compliance is in and of itself a grave offense, over and above any evidence that any actual wrongdoing was discussed.  While there’s obviously a purist case to be made for the zero tolerance approach, it seems a bit harsh, particularly given that over the last two years remote teams have often had to improvise communication channels.  But it’s always hard to argue against the government – perhaps the only comfort bankers can take is that if everyone’s been doing it, the fines paid by banks won’t necessarily result in so many dismissals and disciplinary action against individual bankers.

The big Paris trading operations continue to staff up, typically at each other's expense.  Cecile Gambardella has moved from FICC sales at Bank of America to be head of markets for France-Belgium-Luxembourg at Citi.  (Financial News)

Tim Leissner continues to sing like a particularly raucous canary at the 1MDB trial.  Today’s batch of allegations include suggestions that Goldman Sachs jobs were promised to government employees’ children in return for deals, and (less obviously linked to the actual charges) that Leissner was being blackmailed by one of his lovers to buy her a $10m house. (Bloomberg)

If you’re thinking of dating a banker, always check LinkedIn and make sure his profile makes sense.  Apparently investment banking is a popular occupation for “romance swindlers” to pretend to be in, pretending to have a high-flying lifestyle but to be temporarily short of cash with their cards cancelled. (Glamour)

Jes Staley’s bad luck continues when it comes to getting his hands on bonuses he was awarded – the Barclays board have decided to freeze the vesting of his stock awards until his case against the regulators is finished. (Sky)

A slightly unforeseen consequence of the M&A boom – the insurance industry is getting a better feel for cannabis companies and the kinds of people who sue them, so it’s getting less expensive to buy director & officer insurance. (Canadian Underwriter)

From a business point of view, the FT doesn’t understand why UBS owns so many valuable paintings (perhaps the clients like them).  From the point of view of its art critic, though, they have to admit that not only is it a good collection, but that the UBS offices in New York are a surprisingly nice space to show them, probably deserving a more appreciative audience than the bankers who wander obliviously past with their Starbucks. (FT)

The Bank of England has been looking at bonus packages “in detail” and wants to see people punished (apparently more than they already were) for involvement in the Archegos transactions. (Bloomberg)

Photo by Syed Hussaini on Unsplash