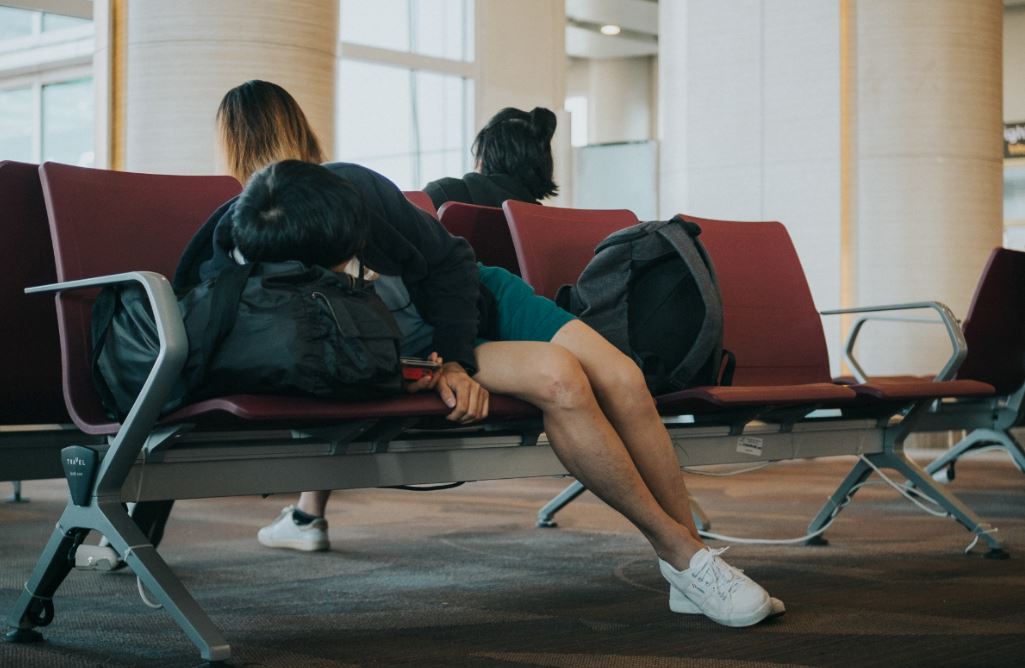 How many hours do you really work in strategy consulting? We've been here before following complaints that consultants have been working until midnight and that it was all a bit much. Now, someone's conducted a study looking at exactly how long Millennial consultants spend at work, and how they feel about it.

Conducted by academics at Vrije Universiteit Amsterdam and published in the German Journal of Human Resource Management, the study followed 24 Millennial consultants born between 1980 and 2000.

Twelve worked for 'general management consulting firms', and 12 worked for 'high end strategy consulting' firms like the Bain, McKinsey and Co and BCG. Their hours were split by age, gender, and firm type as per the chart below. 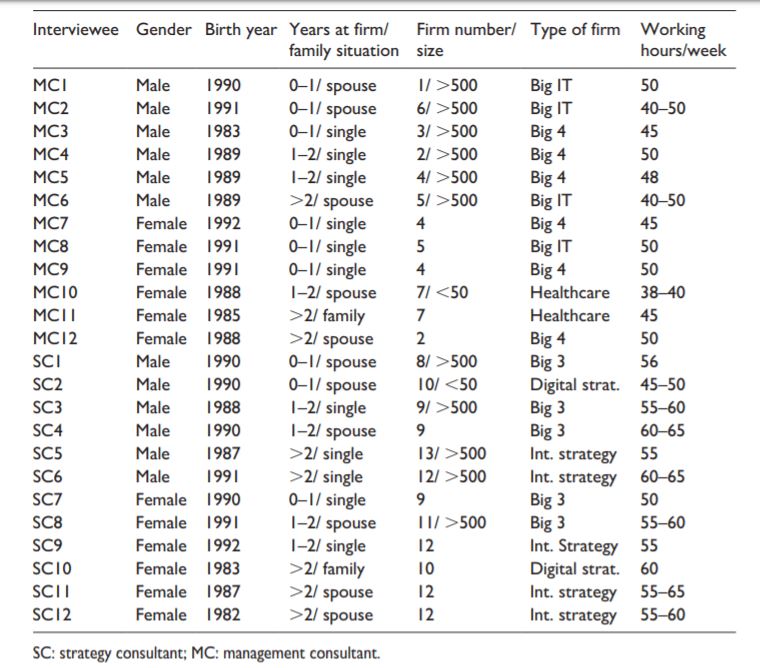 The academics found that the longest hours worked were in the strategy consulting firms, where the weekly average was 60 hours. By comparison, Millennial management consultants worked a mere 50 hours per week.

One Millennial strategy consultant described his working week as follows: "Mostly, I work on Mondays, Tuesdays and Wednesdays until 11:00PM. And then Thursdays, sometimes I work until late, 10:00PM, 11:00PM, and other times I stop at 7:00PM. Friday evenings I have time off and then [I work a] a few hours during the weekend. "

One some occasions though, the academics discovered consultants were being compelled to work as much as 80 hours a week. In this case, the additional hours were project related and - somewhat typically - seemed to be driven by consultants' interaction with banking clients. "Some clients work 80 hours per week," complained one consultant. "And then I feel a certain pressure, an obligation, that if they send an email on Sunday afternoon, I really should reply before Monday morning."

While plenty of junior bankers would consider a 60 hour work week a walk-through, the academics found the Millennial consultants only too keen to explain how they handled their punitive schedules. "I notice that I read emails on my phone while travelling. I never reply," said one. "You read, but you have to read it again when you reply, so it is a waste of time. I think it is not healthy for us to do so." Another complained about checking emails "three times" between 8pm and 11.30pm.

Often, the junior management consultants working 50 hours a week consoled themselves with the thought that strategy consultants at the "Big Three" (McKinsey, Bain, BCG) were working far harder. "They work more hours than I do, but they do not feel it has a negative effect on their work-life balance. . . . They consciously choose to give up part of their social and private life to work so much. . . . They really like to work," reflected one.

Meanwhile the academics found that the workaholic strategy consultants were having their hours and health proactively monitored by their employers. Many were expected to report weekly how they felt and whether their working hours seemed sustainable. "You need to register how you perceive your work pressure online. Results are discussed every week, and if our management sees patterns, they give feedback. Also, after every project and every 6 months, partners discuss the results," said one consultant in a large strategy firm. Another said he was sent home from his boss if he was seen staying in the office too late at night (presumably pre-COVID).

Although strategy consultants appear to put in around 20 hours a week less than bankers, respondents said too that the project nature of their work meant they were encouraged to work flexibly and that when projects ended they were rewarded with group events like company ski trips and parties (again, presumably pre-COVID). "Sometimes, if it is very visible that during a certain project they see that you have been very busy and worked overtime a lot, then they will tell you to take it easy and take an extra day off," said one.

Once again though, the disruptor to the Millennial consultant idyll appeared to be banking clients who didn't understand the culture of having extra hours off. "Because the client actually always assumes that you work on Fridays, so he also schedules meetings or calls or whatever then. You have to stand strong then to say ‘No, I can’t work then, because I have a day off’," said one interviewee. Junior bankers might want to try tactic this on managing directors, although the likelihood of success is negligible.

Photo by Joyce Romero on Unsplash