Morning Coffee: What the unsympathetic Big Four boss really said during that video call. And, back to the office in September? 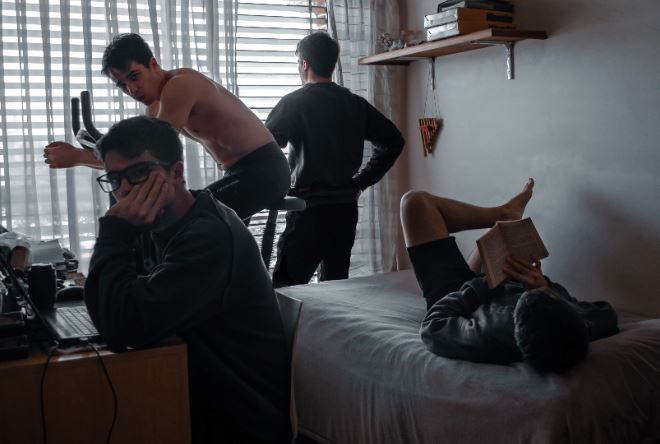 It's not as easy being a young person in lockdown

Bill Michael, the UK boss of KPMG has resigned after the slow drip of information about his disastrous KPMG pep talk became a flood when a video (below) of the event emerged yesterday. It both confirmed what was already being said and offered some context on the rationale behind Michael's diatribe, which he says made his position "untenable."

The video confirms that Michael did indeed call unconscious bias "complete and utter crap," but he said this was because you have to "care" to bring about change. - And people do care, said Michael: "I think there's a lot more care, more generally, to change."

From there, Michael segued straight into talking about personal responsibility of another kind. - For lifestyle and health. "Take as much control [as you can] of your own diary, of your own life," said Michael. He said he'd spoken to partners and to people "at all sorts of levels" - presumably within KPMG - who "feel like this is being done to them."

Here, Michael was presumably referring to either COVID or to high workloads at KPMG, or both. Ultimately you are responsible for your own health - but try telling that to an overworked junior with rent to pay who feels exhausted and unable to pushback against requests from his/her boss.

Michael concluded with the exhortation to "stop moaning." - "You can't play the role of victim unless you're sick. I hope you're not sick, and you're not ill, and if you're not take control of your life and don't sit there and moan about it, quite frankly," he declared.

Ultimately, Michael was attempting to communicate a message of personal responsibility and of resilience, but his delivery was both abrasive and dated. - There was no recognition, for example, that bias has to be conscious before people can care to change it, or that mental health can be as important as physical health and that complaining can be symptomatic of an inability to cope. Issues are only resolved if individuals effect change, but sometimes they need help doing so, and complaining can be part of the help-getting process. As head of the business, Michael should have known that.

Interestingly, 52 year-old Michael's lack of sympathy came after he himself was hospitalized with COVID in March 2020. In July, KPMG decided to cut 200 jobs in the U.K. - including 100 consulting roles and to launch a consultation to reduce employer contributions to employer salaries. The pension cuts were dropped in September when employees threatened legal action.

In the wake of the video and Michael's resignation KPMG has promoted two of its senior women - Bina Mehta and Mary O’Connor to take over responsibilities as senior partner on an interim basis. It's also overhauling an unpopular appraisal system in which employees are ranked on a “forced distribution curve” where, in a team of five people, there must be one person who achieves a top rating and one who achieves the worst. This too seems to have been altered after employees expressed grievances online. The FT says more than 600 employees "liked" a comment calling for it to be scrapped during an all-firm meeting in November; it's not clear whether they were all due to be ranked in the lowest group or not...

Separately, it's becoming apparent that U.S. office workers could be at home for a while. The Wall Street Journal reports that Labor Day in September is becoming the new milestone for a return to offices in the U.S.. This is the date, for example, that Google is now putting about. Accounting firm Grant Thornton is saying the same.

"There's no such thing as unconscious bias?! Are you joking? Please do your research before just making such statements. Check your privilege."..."People are struggling with serious mental health issues and having our leadership tell us to shut up and pull ourselves up by our boot straps is heartbreaking." (Daily Mail)

Millennials have the highest levels of burnout, we found. Much of this is due to having less autonomy at work, lower seniority, and greater financial stressors and feelings of loneliness. (HBR)

London's share of euro-denominated swaps trading fell from 40% in December to 10% last month. EU venues accounted for nearly 25%, versus 10% last July. U.S trading doubled to 20% of the market. (Financial Times)

BNP Paribas, Standard Chartered and UBS are among the banks to have given up floors in their offices in Hong Kong.  (Bloomberg)

Commerzbank posted its biggest quarterly loss in more than a decade and is now trying to save €1.4bn a year by cutting a third of jobs in Germany, closing half the retail branches, and shutting 30% of overseas offices. (Bloomberg)

Angela Merkel is giving a speech at Deutsche Bank's annual New Year reception, but some investors are concerned that Deutsche Bank is still vulnerable to a downturn in the fixed income trading business. “We have to ask Christian Sewing where he wants to earn his money in the next three to five years...The bank needs more fields where they can earn the money they need.” (Reuters)

HSBC is still a massive financier of fossil fuel industries: it's financed £86.6bn in lending and underwriting to polluting industries according to one shareholder group. (CityAm)

Virtu than doubled its revenue in 2020. It paid $315m to brokers for order flow on equities and said it supplied $1.3bn in improved prices for retail investors. (Financial Times)

Photo by Ramiro Pianarosa on Unsplash