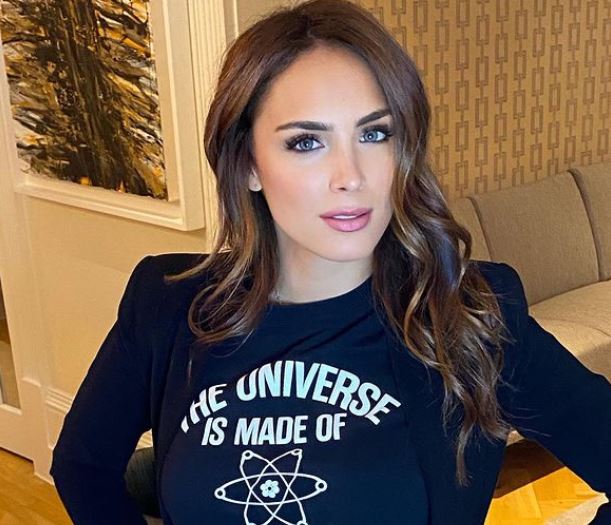 As we've noted here before, Garth Ritchie - the last person to be fully devoted to the role of managing Deutsche Bank's investment bank, seems to have had a fine time of it since he left the German bank nearly two years ago.

Ritchie quit Deutsche 'by mutual agreement' in July 2019 and received an €11m payoff for his pains. After a year's rest, he joined private equity fund Centricus in July 2020, and since February 2021 he's been CEO of a SPAC called Centricus Acquisition Corp.

It's not clear whether Ritchie has already been in touch with Fabrizio Campelli, who was announced today as the new head of Deutsche's investment bank (replacing Christian Sewing, who previously held the role in combination with being CEO), but if he hasn't Campelli may want to draw inspiration from an alternative source.

Having divorced his former wife in 2019, 53 year-old Ritchie quietly married Natacha Tannous, a 30-something Lebanese model, former Goldman Sachs executive director, and recently ex-girlfriend of footballer Michael Ballack, last November. Among other things, Tannous has her own Instagram channel filled with advice on how to thrive at work.

Tannous' channel includes the video below advocating skipping, splashing your face with cold water, dressing comfortably, drinking coffee, and eating mints. Tannous, who is something of an Instagram sensation, with nearly 80,000 followers, also has videos for Campelli on self-motivation, solving financial equations, and succeeding in interviews if the job doesn't work out. Her brother, Hekmat Tannous, is an emerging markets and cryptocurrencies specialist at Goldman who was promoted to managing director last year. If Campelli wants some coaching, there are probably worst places to look....