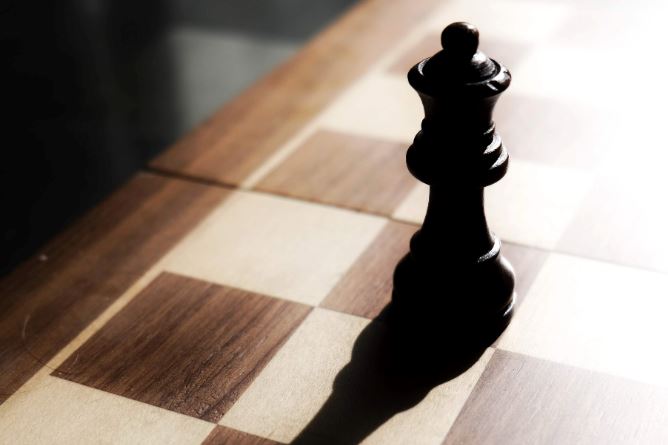 It’s slightly startling to be reminded in the latest FT profile that Ken Griffin of Citadel is only 52. (He started young, of course, famously carrying out convertibles arbitrage from his university dorm room).  It’s maybe a bit less surprising to be reminded that he’s got a huge amount of money, hates losing any of it and has extraordinary ambitions to gain even more market share in consolidating the hedge fund industry.

Part of the benefit of being incredibly rich – in many cases, the whole purpose – is that you don’t have to spend as much time listening to other people whining, and indeed a former employee is quoted as saying “there’s not a lot of empathy there”.  But even this anonymous source is quick to follow it with some favourable spin – “That can be an asset when things are going crazy, as I don’t think he feels stress the same way as everyone else. There’s just this desire to be the best at everything and everyone is either helping him accomplish that, or not.”  Another former employee says Griffin's Citadel is, "capitalism in its purest form," and that, “If you do well you’re rewarded, and if you don’t, you’re fired. It’s not a political place at all." If this is the worse that can be said about working for Ken, it's not that bad at all. - Indeed, apart from Congresspeople who were more or less elected to do so, hardly anyone seems to have a really horrible word to say about Citadel.

The reason might be a little more subtle than the fairly obvious fact that what goes around comes around and nobody wants to burn bridges with someone they might end up working for.  When it comes to being brutal about cutting people, Citadel is not really very different from any other hedge fund.  But, quite unusually for the industry, it has a “pass through” cost structure, where salaries, bonuses and tech costs are paid directly by the investors instead of a management fee.

This means that the question of whether Ken Griffin is a touchy-feely kind of guy is not necessarily relevant, because incentives are always more important than sentiments.  At Citadel, pay isn’t a zero sum game.  As an employee, the money going into your pocket isn’t coming out of the boss’s pocket, and it’s not being diverted from any of the other teams. This will also account for the lack of politics.

When you compare that to a limited partnership structure – the other common form of organization in the hedge fund industry – it’s obvious that this is going to have consequences.  As an employee of a partnership (either literally, or a company with a “partnership culture” – if you hear those two words at an interview, get everything in writing), you have to hope that the people in charge have a ton of empathy. Because when trouble hits, they are going to be under a lot of emotional strain watching the fixed costs decimate their annual dividend, and stress makes good people act out of character.

A pass through structure can have its disadvantages too. When costs can be charged irrespective of revenues, you get situations like the “small remote office of a global national champion”. These are often nice and friendly places to work, but tend to have serious laziness problems and to lose viability over time.  Perhaps Citadel (and Millennium and ExodusPoint, which have similar cost structure) have found the happy medium between the two.

Elsewhere, the concept of zero-sum economics in the compensation pool might be causing trouble at Credit Suisse.  In one of those phrases you only ever here in news wire reports, Managing Directors at the Swiss bank have “vented their ire” on a conference call.  They appear to be unhappy about the share price, but also concerned that what was apparently an otherwise fantastic first quarter is going to be wiped out by Archegos, with the possibility of more legacy issues dragging down the rest of the year.

That would be bad for the bonus pool of course.  But perhaps more seriously, nobody likes to feel that they’re working for “the accident-prone bank”.  There always seems to be one of the bulge bracket that’s wearing that title, and it’s arguable that Deutsche have recently left it vacant.

According to Bloomberg, the message from management was to wait for a possible strategic reboot when Antonio Horta-Osorio arrives as the new chairman.  This might be a good idea; when the appointment was made, people wondered about his lack of directly relevant experience in wealth management and investment banking, but the former Lloyds CEO is a proven firefighter and clearer of slates.

Sameer Jain, most recently Group CTO at Barclays and previously a head of FICC technology there and at UBS, has joined Nomura as CIO of the wholesale division, with a mandate to develop a digitalisation and data strategy. (TheTrade)

A total of 1,200 call centre staff at HSBC in the UK have been moved to permanent work-from-home contracts.  Past experience with CRM software, automated calling and time monitoring suggests that what happens in call centres today is standard practice on dealing floors in about ten years, so is this a glimpse of the future? (Reuters)

According to Jamie Dimon’s shareholder letter, “we may reach a tipping point many years out when it may make sense to move all functions that service Europe out of the United Kingdom and into continental Europe”.  There’s a “may” and a “many years out” in there to take comfort from, but not exactly good news for anyone starting their career in London without an Irish grandparent.  (Financial News)

Barclays staff returning to work in Canary Wharf may have slightly better COVID-safety, as some protestors from Extinction Rebellion have improved the ventilation by vandalising their ground floor windows. (Evening Standard)

Peter Thiel asks if Bitcoin should be considered a “Chinese financial weapon against the US”, as well as criticising a number of big Silicon Valley names on privacy and data issues.  Despite raising this possibility at a public event, he is still apparently long.  (Bloomberg)

Can blood from young people stop aging?  And would we prefer that this question was being asked by almost anyone other than VC-funded Silicon Valley companies? (Newsweek)

The move of Wall Street to Florida is beginning to free up some pretty sweet real estate in millionaire country out in Greenwich, albeit at a price. (WSJ)

Photo by Alexis Fauvet on Unsplash