Morning Coffee: It's complicated being CEO of Goldman Sachs and a DJ. The last great payday for oil & gas traders 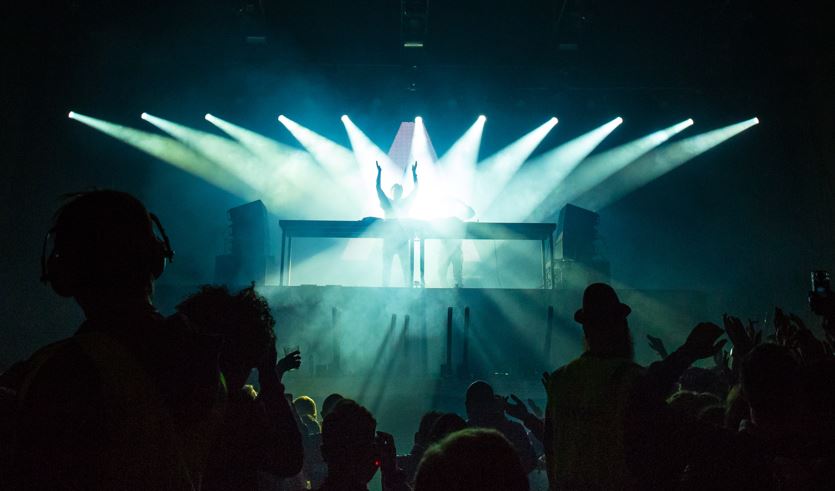 The end of the pandemic, when it comes, will only be identifiable in retrospect.  But perhaps one sign that we are reaching the beginning of the “back to normal” period must be that once more, David Solomon is playing live DJ sets.  And once more, gossip columnists are being snarky about it, digging around for quotes to illustrate the not very startling news that although the CEO of Goldman Sachs was booked for the BottleRock Festival in California, he wasn’t the biggest act there.  They’re even still calling him “DJ D-Sol” when in fact he has been releasing music under his own name for a while now.

The New York Post has made an attempt at moral outrage, suggesting that Goldman employees were “fuming” at the fact that the BottleRock festival happened in September. At that time, Goldman was making adjustments to its back-to-office policy in order to deal with the Delta variant and was banning unvaccinated employees from its offices, and BottleRock's lack of a vaccination policy was allegedly an affront to Goldman sensibilities.  As far as we can tell from Instagram stalking, the affront wasn't that deep though.  Most of the comments on Solomon’s feed are either congratulatory, trolling from other FInsta accounts, or opportunists asking if he'll give them a job.

This isn't the first time that Solomon's DJ activities have caused some minor contention: in July 2020 he DJed at a Hampton's party where there was allegedly inadequate social distancing. It’s technologically possible to play a DJ set over a live stream – David Guetta did it, for example.  But it could also be argued that this is a poor substitute for the real thing, and that serious musicians need to make direct contact with their clients.  They benefit from the interplay of new ideas in chance conversations while queuing for coffee, and if nothing else, the younger generation of EDM disc jockeys need to serve their apprenticeships.  Quite like banking really.

Separately, it seems that even in an incredible year for deals, the highest paid employees on the Street may not be bankers after all.  Commodity trading is often overlooked, partly because so many of the big players are secretive private firms like Gunvor, but commodity trading houses have a reputation for paying very well even in normal times.  And with oil and gas shortages sending prices soaring, it looks like commodities focused hedge funds like Andurand are doing extremely well, even by the high standards of last year.

Can it last?  Big banks are already dropping clients in the oil and gas industry because they are just too much trouble from a regulatory and ESG point of view.  The founders of Tudor Pickering Holt, the boutique bank which used to dominate the shale oil boom, have decided it’s time to retire.  There will still be big bonuses in commodities for a long time to come, and many oil and gas traders seem to be switching to trading carbon credits.  But, particularly if you’re young, it might not be a great idea to hitch your career to what might be a dying industry.

JPM has tightened its policies so that unvaccinated bankers will be barred from business travel and prevented from attending face-to-face meetings and will have to pay for twice-weekly COVID tests.  This looks like the way that the whole industry is gradually moving.  (Business Insider)

Ken Griffin thinks young people are making a grave mistake by working from home, missing out on career development opportunities.  Possibly a bit controversially, he says that workers in China have been much better, returning “literally from almost the start of the pandemic”.  Perhaps if he wants to really get through to the youngsters, he needs a new identity as “DJ K-Griff” or something.  Of course, the ideal musical alias for him would be “Kenny G” but that one’s taken. (Bloomberg)

Analysis of the key relationship at the top of Credit Suisse, noting that Antonio Horta-Osorio might need Thomas Gottstein for his knowledge of investment banking and wealth management, and to help him fit into Swiss society – apparently they aren’t impressed by knighthoods.  There is speculation, too, as to whether the medium term strategy is a transformational merger, possibly with Unicredit or Deutsche Bank? (Finews)

Large corporate clients have increasingly written it into their contracts with law firms that they can withhold 10-15% of their fees if the legal teams serving them don’t meet diversity targets.  Several of them are now actually doing it.  Might they start saying the same thing to their bankers? (Bloomberg)

From Bank of America to JP Morgan and from debt capital markets to lending – an unusual move for Marcus Hiseman, who becomes head of corporate banking in EMEA for JPM (Financial News)

Deutsche Bank dropped “a very small number” of wealth management clients with criminal records in the aftermath of the Jeffery Epstein scandal, presumably having a bit more tact than to put it in precisely those terms.  Stefan Simon agreed that some competitors had been a bit quicker in this regard than Deutsche were, which raises the interesting question of who is banking these risky clients now. (FT)

Vincent Vandenbroucke is going to join Citi as “head of prime brokerages consulting”, which looks like it might be a similar job to the one he did at Credit Suisse when it was called “head of capital introduction and prime consulting”.  The CS prime brokerage franchise has obviously had a tough time, but still a little surprising to see senior people leaving so late in the year. (Bloomberg)

If you had ever wondered “why does Goldman Sachs matter?”, here’s an article explaining, in anthropological terms, how its alumni network works and how the firm’s values are carried into the heart of governments. (Prospect)

Photo by Jacob Morch from Pexels