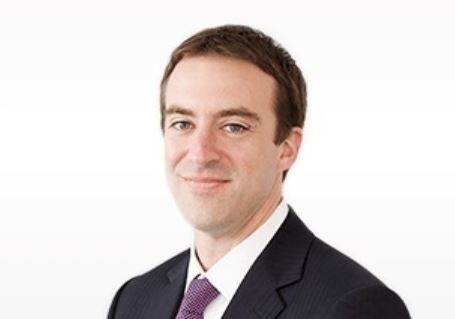 Brandon Mulvihill spent most of his career working in traditional financial services, but like plenty of other people in the industry he's broken free: after five years as global head of FX prime brokerage at Jefferies, Mulvihill and Anthony Mazzarese, Jefferies' former head of global FX prime brokerage distribution have gone crypto. The two left in March and are setting up a new crypto exchange, Crossover Markets Group. It's due to launch later this year.

“We are working at warp speed with a ton of momentum at our back. Just four weeks ago we were working inside a major Investment Bank and today we are midway through our seed investment round," Mulvihill tells eFinancialCareers. "We expect to have the first iteration of our core infrastructure live by end of this summer.”

Crossover Markets doesn't have massive hiring plans like Coinbase, the retail-focused crypto exchange that plans to hire over 2,000 people this year, but it does plan to hire. Vlad Rysin, the former chief technology officer of Euronext FX, is already onboard as CTO. Half a dozen new hires are expected in June, with another 12-15 from September. "Initially, most of the hiring will be development related, but from September it will be more client-facing," says Mulvihill. "- Sales and business development, support, operations, liquidity management roles etc."

Mulvihill says their main competitor is LMAX, the institutional crypto exchange valued at $1bn last July when private equity firm JC Flowers took a 30% stake.  Retail-focused players like Coinbase are more like brokerage firms than exchanges, he says: “It is still early days in the institutional digital asset space. The DNA of our team is rooted in decades of experience addressing customers looking for institutional-only venues.”

When Crossover Markets adds staff, Mulvihill says he won't be expecting them to come into the office: “We believe the COViD era revealed that working from an office is utterly inefficient." However, the firm won't be entirely digital: "Having office space via local hubs whereby employees can work when they choose to come in and/or where we can collaborate together for whiteboarding sessions and even just socially is something we believe is critical. We will certainly have hubs in New York and London and will look at Miami and elsewhere depending on where our employees are located.”

Like Mulvihill, Mazzarese and Rysin, many of the new recruits are likely to have a traditional finance background. Senior bankers will keep flowing into crypto, Mulvihill predicts. "There has been an avalanche of investment into digital assets and with that has come both the need to hire experienced talent and also the checkbook to pay for such talent.”

Mulvihill's comments about office work come as his former employer is trying to persuade senior people back into the office to mentor juniors.