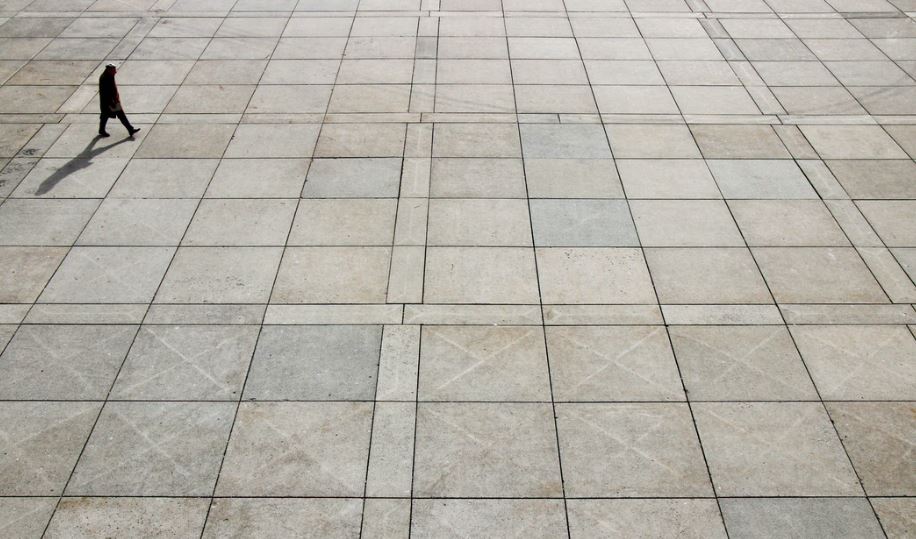 The lockdown intensity stories keep on coming: from the client who shut himself in his children's bedroom and slept in their bunkbed during a four day remote roadshow, to ex-Barclays 'Big Dog' Roger Jenkins, who got stuck alone in a hotel the U.K. after finally being acquitted on fraud charges. And now, to Daniel Pinto, the number two at JPMorgan.

Bloomberg tells the tale of Pinto's recent existence, which was driven by three quirks of fate: firstly that he left his home in London for New York in early March; secondly that his time in New York coincided with JPMorgan CEO Jamie Dimon's 'acute aortic dissection'; and thirdly, that this also coincided with the outbreak of the coronavirus.

What was supposed to be a regular NY business trip for Pinto - albeit one with working days that ended at 2am - suddenly became a fully-fledged nightmare.

[A message from eFinancialCareers: We have a range of global finance job vacancies you can apply for here]

Pinto, an Argentinian who has long been mooted as Jamie Dimon's number two, found himself managing JPMorgan through the crisis alongside Gordon Smith, the head of JPMorgan's consumer business. Markets were mad, staff needed to be moved home, clients were drawing hard on credit lines. Pinto was alone in his hotel, alone in the office and alone in the gym. “It was tough," he admits: his wife and children were still there, on Zoom, as were his colleagues, but Pinto was physically isolated and co-running JPM miles away from home.

This seemingly went on for a month - or at least that was the amount of time Pinto was stuck in New York. Dimon was discharged from hospital on March 12th and checked-in regularly as soon as he was able, but he didn't get back to work until April 2. Pinto and Smith were unexpectedly in charge throughout.

Naturally, it could have been worse. As a CEO in waiting at JPMorgan, Pinto presumably never ran out of toilet roll. New York is actually his home from home - in a normal month he spends 60% of his time there. And he wasn't completely bereft of physical human company: he still had his driver, plus a receptionist and security guard at the deserted JPMorgan office.

Even so, it still sounds a bit bleak - especially if (as isn't clear), Pinto was ejected from his fancy hotel when the lockdown started and made to stay in a serviced-apartment, as happened to JPMorgan's traders at its recovery site in the U.K.'s Basingstoke.

In fact, various banking CEOs seem to have had a challenging time during the lockdown. James Gorman at Morgan Stanley had the virus - but didn't let it be known until he'd recovered. David Solomon at Goldman Sachs spent his time working at Goldman's 200 West office with 60 other people instead of 10,000 and declared the experience to be "very weird."  Ultimately, it might have been a good idea for all the lonely CEOs to meet for a socially isolated walk in Central Park; they could at least have shared tips and offered guidance on where to access remaining stocks of hand sanitizer.

Separately, Financial News reports that Deutsche Bankers who managed to purchase the bank's €80 customized sneakers are now selling them for €600 on eBay in a feat of arbitrage that might help compensate for the bank's recent request that senior MDs give up a month's salary.

Before anyone gets too excited, however, it's worth noting that €600 may be the upper range for the 'Deutsche Bank Limited Edition Adidas Advantage Trainer.' The only listing currently live (in a European size 42, U.S. size 9) is being sold from Germany in an impeccable box (imprinted with the message, 'It's now time to take a step forward in your new footwear as we explore the future of Deutsche Bank together') and has a guide price of just €439.

In fact, the trainers aren't the only item of Deutsche Bank paraphernalia listed on eBay. There's also a 'rare' Deutsche Bank sweatshirt (small, unisex), a 'vintage keyring', and a branded hand mirror. None will make their sellers rich: the sweatshirt is going for £5.20, the vintage keyring for £1.99, and the hand mirror for an incongruous £35. None have any bids. The market for unwanted DB merchandise may be sadly illiquid.

One ex-Deutsche Banker is doing well. Rajeev Misra, CEO of SoftBank's Vision Fund was awarded a 113% raise, and earned $15m in total compensation for the fiscal year ended in March. This was despite overseeing a loss of $18bn. (Forbes)

Barclays is returning 700 people, or 1% of its global headcount to offices in the U.K., U.S. and India starting in July. The rest will work from home until at least September. (Bloomberg)

A Singapore Bank is to spray everything with a self-coating disinfectant that lasts six months. (Finextra)

Banks might need bigger offices to enforce social distancing. Staff  in the City of London have less than 126 sq ft each, on average, but need 135 sq ft to adhere to two metre social distancing rules. (Financial News)

Kayhan Mirza, global co-head of currencies and emerging markets at Goldman Sachs, is retiring at the end of June (The Trade News)

Hong Kong's finance workers are being encouraged to strike against new security legislation from China. (Bloomberg)

Grey hair can regain its colour when you're less stressed. (New Scientist)