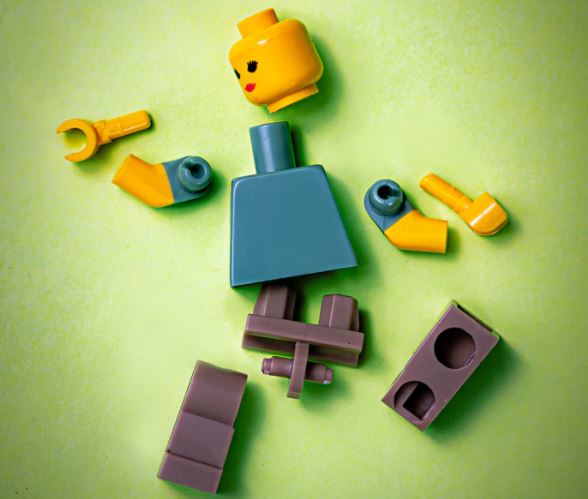 What happened to the 13 Goldman Sachs analysts who produced that instantly-infamous PowerPoint presentation based on their 'Working Conditions Survey' that suggested the norm for first years at GS is 100 hour weeks and five hours' sleep a night? Given the predictable furor that's ensued, have they been politely asked to go and do something where they can sleep for eight hours instead?

Not at all. One month after the PowerPoint's completion, all 13 are still working for Goldman Sachs. Rather than punishing the perpetrators, Goldman appears to be trying to take their objections onboard. “No one has been in trouble — these are valid points,” a GS spokesperson told the Financial Times yesterday.

You might argue that this is now a damage limitation exercise and that Goldman had no choice but to appear penitent for the first year's mental and physical deterioration, but banks haven't always been quite so understanding.

In 1994, for example, one vice president at Donaldson, Lufkin & Jenrette (DLJ) sent an email saying that his team were wrongfully complaining of being busy.  "Let’s define “busy”. You are “busy” is you are working each weekday at least 16 hours and at least 16 hours on the weekend," said the VP. "These are working hours – not traveling, gabbing or eating time. If these are not your hours at the office, you have the capacity to take on more work." One junior banker at the time said he regularly worked 20 hour days. The VP suggested this was expected: "If someone is not pulling as hard on their oar as hard as our hardest worker, then they are, pardon the expression, freeloading."

Similarly, in 2018 a team of analysts at Moelis & Co. - long renowned as one of the hardest grinding boutiques on the Street - received an email from a staffer complaining that they weren't in the office in the "wee hours of the morning." That email suggested that working from home at 2am isn't ideal: "I have found that when you are truly jammed with no end in sight, you should stay in the office because the connection is faster, your associates (and potentially VP's) are in close proximity, and you have access to firm resources (office services, Bloomberg, etc.)."

In the circumstances, Goldman first years who've been tweaking pitchbooks at 3am from their bedrooms might count themselves lucky. However, the firm clearly isn't going with this line officially. - Instead, as we reported yesterday, it's trying to make amends: new analysts are being hired to reduce workloads of existing staff, time off is being enforced, and - most surprisingly - new business is not being pitched for if it exceeds current capacity.

The analysts themselves are presumably happy with this - unless they're still around simply because they're working out their notice periods. The motivation for staying is, of course, the money, although this isn't that much when you think about it. 100 hour weeks on total compensation of £78k ($109k) a year in London works out as £15 ($21) an hour. Of course, they could always exit to private equity, although things aren't much better there either.

Separately, while banks appear to be gearing up to receive interns in their offices if possible this year, hedge funds like Millennium, DE Shaw, and Bridgewater are reportedly planning to keep 2021 summer internships virtual. However, there may be a few changes. DE Shaw, for example, is reportedly planning to foster the 'office feel' by grouping virtual interns together based on their social interests. This could be the start of a new use for psychometric tests....

Ray McGuire, vice chairman of Citi, wants to become New York's next mayor but people are hesitant because he's a banker. “I shouldn’t be penalized for my success,” says Ray. “Not many people know who he is and what he stands for,” says a Reverend. “He came up from dire conditions and became this guy. He’s got to tell that story.” (Bloomberg)

Credit Suisse warned that the outcome from Greensill could be that it loses clients and suffers a “material” negative shock to its operating results. Credit Suisse risk managers were overruled by executives when they raised concerns about extending a $140m bridging loan to Greensill in October. (Financial Times)

Deutsche Bank is having a great first quarter. "We're seeing revenues being up in the investment bank by about 20%, and this is across the franchise...In origination and advisory as well as in fixed income, particularly credit trading." The bank is preparing to cut costs in its infrastructure, particularly technology. (Financial News)

An executive at one international investment bank in Hong Kong said they'd have to consider shifting some of its traders to other financial hubs if Hong Kong’s current quarantine policies stay in effect for the long-term. (Bloomberg)

"I left London for the countryside and it was nothing like I dreamed of." (Evening Standard)

Photo by Jackson Simmer on Unsplash